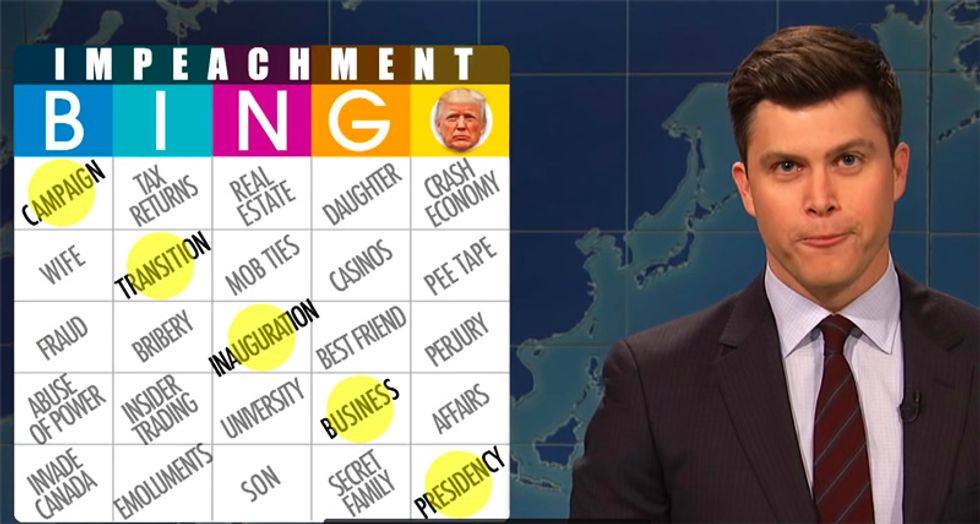 The anchors of Saturday Night Live's "Weekend Update" segment got in their last shots at President Donald Trump before the holidays by mocking his growing list of legal woes.

"Well, this past week has been a very bad year for Donald Trump," host Colin Jost quipped. "Think about what is currently under investigation for him. Trump's campaign, his transition, his inauguration, his business and his presidency."

"So everyone check your cards because you might have impeachment bingo," he added.

But he wasn't done.