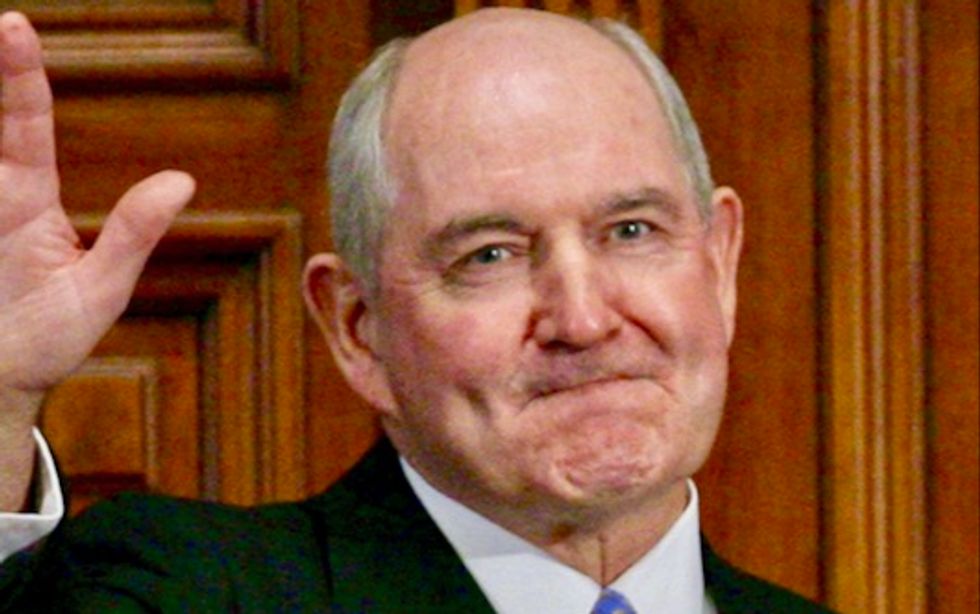 The Trump administration said on Thursday it aims to tighten food stamp restrictions for some able-bodied Americans through an administrative action that would save billions of dollars, after efforts to do so through Congress failed.

The move could inflame political divisions over the program - the Supplemental Nutrition Assistance Program (SNAP) - which provides free food to some 40 million Americans who qualify, or about 12 percent of the total U.S. population.

President Donald Trump’s administration has argued that many Americans using the program do not need it given the strong economy and low unemployment and should be removed as a way to save taxpayers billions of dollars.

The Trump administration said late Wednesday that the proposed rule would save American taxpayers $15 billion over the next decade.

Mainly Democratic lawmakers, meanwhile, have promised to defend the program and last week blocked an effort by some Republicans to pass new restrictions through the Farm Bill.

Under the federal SNAP program, qualifying able-bodied adults without dependants (ABAWDs) can only get food stamps for three months over three years, a rule called the time limit that is intended to encourage people to find work. But states can circumvent the time limit and extend the benefits for ABAWDs by using waivers if they see fit.

The USDA said the department was planning to end statewide waivers unless a state qualifies for extended unemployment benefits due to bad economic conditions, and would limit waivers in larger geographic areas that are deemed to have sufficient available jobs.

In a briefing late on Wednesday, Secretary of Agriculture Sonny Perdue said 75 percent of the 3.8 million able-bodied individuals receiving food stamps were not working in 2016, the latest year for which the USDA has the data.

“This is unacceptable to most Americans and belies common sense, particularly when employment opportunities are plentiful as they currently are,” he said. “The nation’s economy is booming and unemployment is at lowest...since 1969.”

Growth forecasts for the fourth quarter are around a 2.7 percent annualized rate. The economy grew at a 3.5 percent pace in the third quarter. The U.S. unemployment rate was unchanged at near a 49-year low of 3.7 percent.

The Department also said it was strengthening criteria for approval of waivers, for example, by limiting their duration to ensure they do not outlast poor economic conditions.

A Trump-led proposal to tighten the work requirements for the SNAP program through the Farm Bill was at the heart of a months-long, bitter and partisan debate that delayed the critical legislation for months. It failed to garner enough support in Congress and was left out of the final bill.