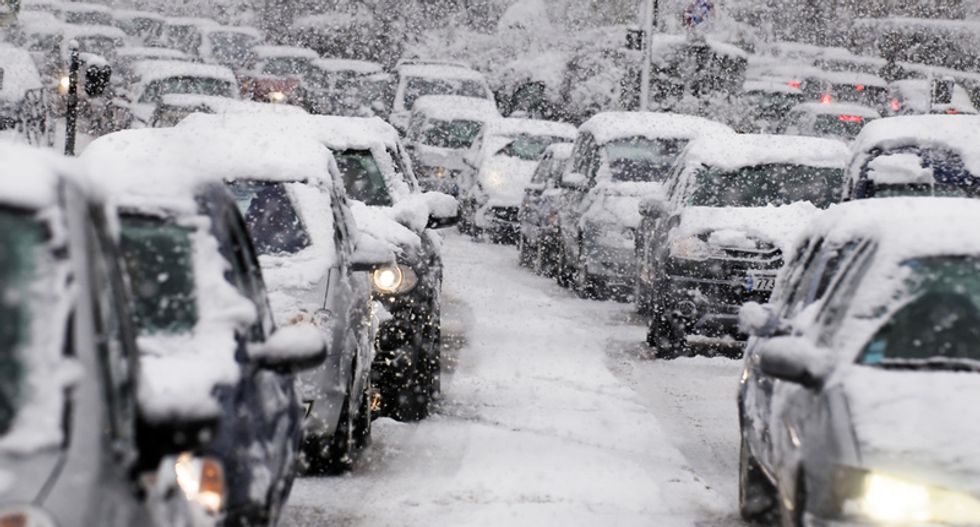 A winter storm brought snowfall and freezing rain to North and South Carolina on Saturday, creating hazardous conditions on roads and threatening to leave hundreds of thousands of people without power, officials said.

The snowfall began on Saturday evening and was expected to last until early Monday in some areas, with up to 18 inches (46 cm) forecast for North Carolina’s Mount Mitchell, the National Weather Service said.

“This weekend isn’t the time to head out to see the winter wonderland. Stay safe where you are,” Cooper said in a statement.

The effects of the storm, including power outages, could last for days in North Carolina, with the state’s mountainous western region expected to be particularly hard hit by snow, officials said.

About 500,000 electricity customers could lose power in North Carolina and South Carolina, a Duke Energy spokeswoman said on Twitter.

By Saturday evening, the storm had dumped 5 inches (13 cm) of snow on Hendersonville, a North Carolina city about 100 miles (160 km) west of Charlotte, meteorologist Zack Taylor of the federal Weather Prediction Center said by phone.

Charlotte, North Carolina’s most populous city, was expected to also receive 5 inches (13 cm) of snow before the storm ends.

Snow was forecast for Virginia’s southern region beginning early on Sunday, including up to 6 inches (15 cm) in the Lynchburg area.

Virginia Governor Ralph Northam declared an emergency for the state on Saturday, warning of potential power outages and snarled transportation.

A mix of snow and sleet fell in upstate region of South Carolina on Saturday evening, Taylor said.

The South Carolina Emergency Management Division warned motorists to drive carefully on bridges, overpasses and remote roadways, which could quickly freeze over.

The storm formed earlier this week off the Texas coast and moved east, lashing parts of Arkansas and Tennessee with icy rain.