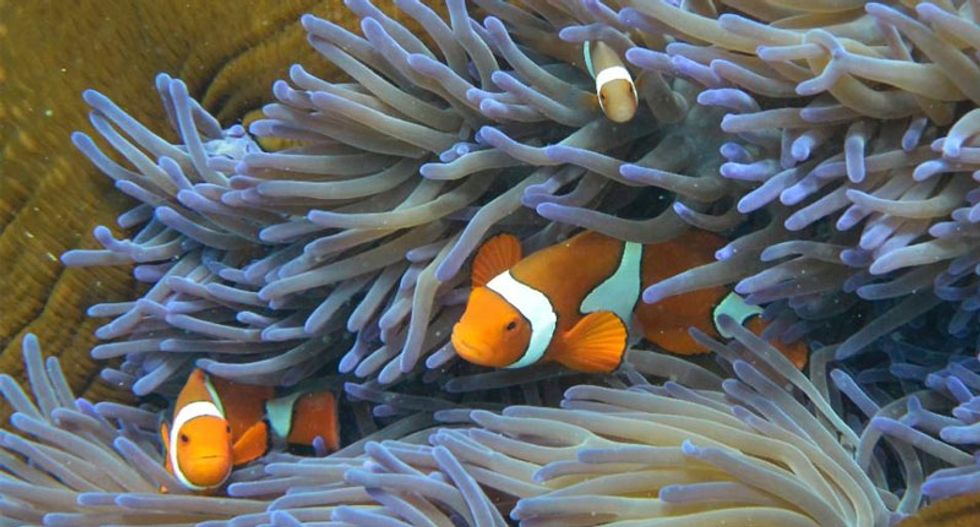 Corals on Australia's Great Barrier Reef that survived bleaching from rising sea temperatures were more resistant to another bout of hot conditions the following year, scientists said Tuesday, a "silver lining" for the embattled ecosystem.

The 2,300-kilometre (1,400-mile) long UNESCO World Heritage-listed reef off Australia's northeastern coast was hit by back-to-back bleaching in 2016 and 2017.

Corals can recover if the water temperature drops and the algae are able to recolonise them.

Swathes of coral died or were damaged in the unprecedented successive events, particularly the more heat-susceptible branching corals that are shaped like tables.

But Professor Terry Hughes of James Cook University, who has been leading the surveys of bleached corals, found in the latest study, published in Nature Climate Change, that the response of the reef was different between the two years.

"We were astonished to find less bleaching in 2017, because the temperatures were even more extreme than the year before," Hughes said.

The northern part of the reef, which was worst-affected in 2016, bleached "much less" in 2017 even though some of the reefs underwent similar levels of heat stress in both summers.

In the central regions, the levels of bleaching for both years were observed to be the same, even though the heat exposure was higher in 2017, the researchers said.

"That surprised us, because if the southern corals had behaved the same way in year two as in year one, we should have seen 20 or 30 percent of them bleach, and they didn't," Hughes told AFP.

"So it looks like the history of their experience in year one has toughened them up so that they've acclimatised to moderate levels in year two of heat exposure... It's something of a silver lining."

Hughes said it was too early to say whether the reef -- the world's largest living structure -- could be hit by another bleaching event in early 2019, after a spring heatwave in adjacent Queensland state.

Coral reefs make up less than one percent of Earth's marine environment, but are home to an estimated 25 percent of ocean life, acting as nurseries for many species of fish.