Sydney, Australia pummeled by hail the size of tennis balls 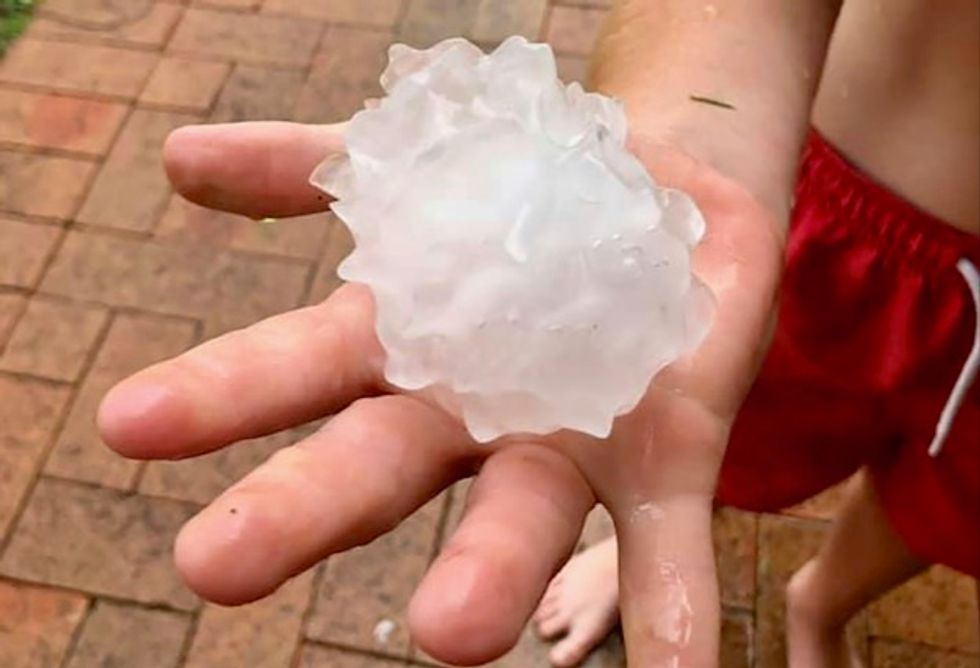 Australia's largest city was picking up the pieces Friday after a series of lightning and hailstorms pummelled cars with ice blocks the size of tennis balls.

The authorities issued a severe storm warning, but that was not enough to prevent damage that is already running into the tens of millions of dollars.

When the storms hit, Sydneysiders looked on in desperation as cauliflower-shaped hail smashed through car windshields and turned the Harbour into a bubbling and splashing cauldron.

Many drivers sought refuge under roofed petrol stations and a few brave surfers in the water at the city's famed Bondi Beach hid under their boards.

Hailstorms are fairly common in the state of New South Wales in the antipodean summer, although one on this scale has not been seen since 1999, when hailstones caused an estimated AUS$1.7 billion in damage.