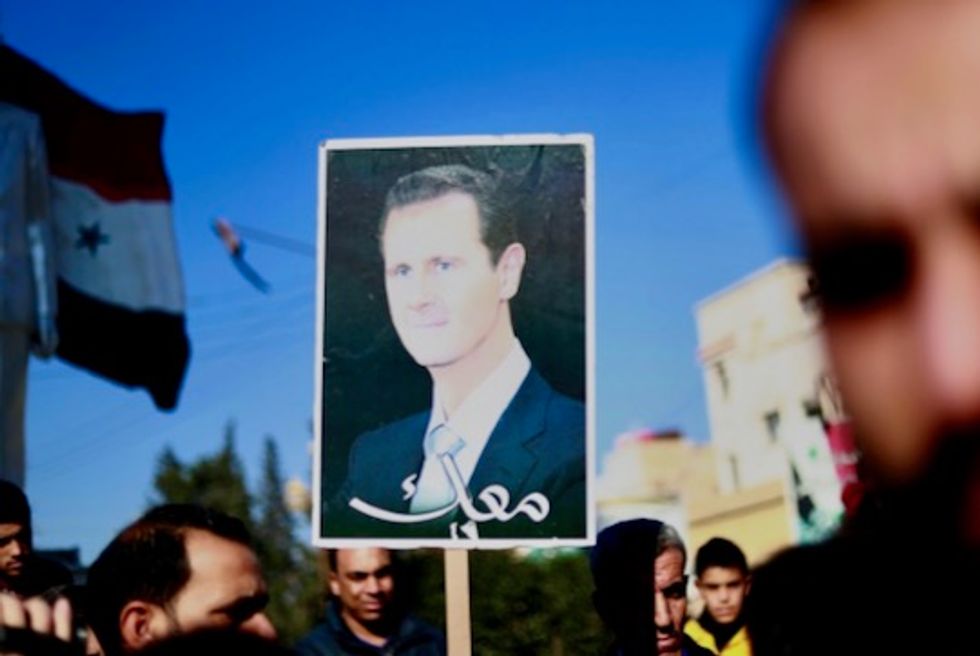 Syrian Kurds hold a portrait of President Bashar al-Assad during a demonstration in the northeastern city of Qamishli on December 23, 2018, seeking protection by the Syrian army against Turkey following a shock US decision to withdraw its troops AFP/File / Delil SOULEIMAN

The Syrian army entered the key northern city of Manbij for the first time in six years on Friday, a spokesman said in a televised statement.

The announcement came moments after the Kurds, left exposed by a US pledge to pull out its own troops, asked for the regime's help to face a threatened Turkish offensive.

The Syrian army spokesman said the national flag was raised in Manbij, a key city which lies about 30 kilometers (19 miles) south of the Turkish border.

The People's Protection Units (YPG), the main Kurdish militia in Syria, made its appeal following a shock announcement by its US ally last week of a full troop withdrawal from Syria.

AFP / Delil souleiman The US flag flies over an observation post on the the demarcation line separating pro-Turkish rebels and opposing US-backed Syrian Kurdish fighters oustide Manbij on December 26, 2018

The YPG asked government forces to deploy in areas it already withdrew from earlier this year, especially the Manbij area, a key city where US-led coalition forces are stationed.

"We invite the Syrian government forces... to assert control over the areas our forces have withdrawn from, in particularly Manbij, and to protect these areas against a Turkish invasion," the statement said.

Kurdish fighters still based there are part of the coalition-backed Syrian Democratic Forces alliance battling the Islamic State jihadist group.