'The wheels are coming off the bus': White House pandemonium stuns MSNBC host 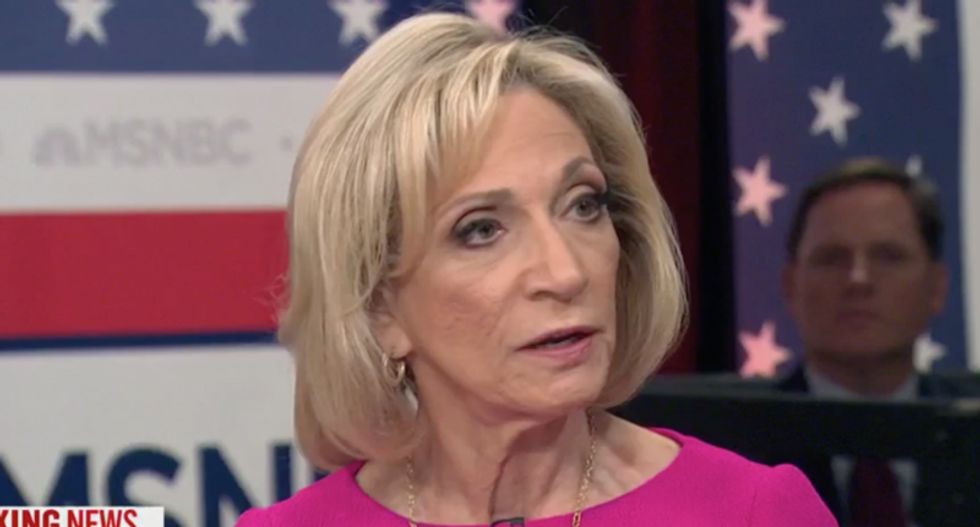 MSNBC's Andrea Mitchell dropped a righteous rant on Friday in an exchange with the Washington Post's Ruth Marcus, highlighting the jawdropping level of chaos swirling around President Donald Trump and the Republican Party.

"There is no plan B," Mitchell began, and the words poured from her mouth. "You've got a White House that doesn't have a defense secretary, you've got a cabinet in disarray, the chief of staff is leaving there's no one to stand up to the president, and no one to explain to him the basics of legislative strategy where his own vice president signed off on this bill."

"If they can't believe what the vice president tells them," she added, noting Pence's tenure in the legislature, "whom are they gonna believe?"

Marcus pointed out that Trump had "a path forward" but had chickened out after being "criticized by Fox News and other conservatives."

"It's just extraordinary," she added. "It does not augur well for the path going forward when, come January, the Democrats are in control of the House."