'They're going down with the ship': CNN's Toobin explains why the GOP is stuck with Trump until the bitter end 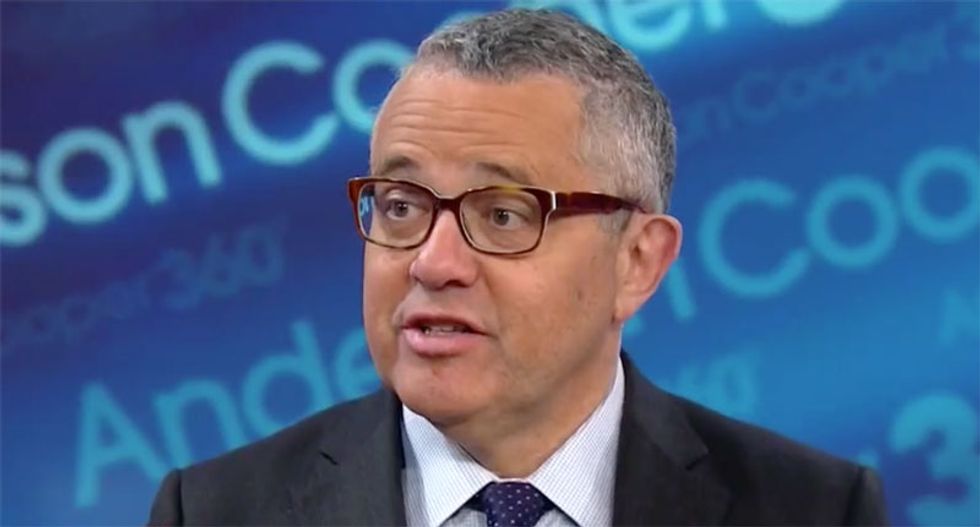 After watching a video clip of Sen. Orrin Hatch (R-UT) shrugging off former Trump "fixer" Michael Cohen implicating the president in a felony, Toobin said that there was simply no way the GOP would decide en masse to throw Trump overboard, even if it meant doing massive political damage to their own party.

Toobin also dismissed the notion that the GOP was just waiting to get all the facts from the Mueller probe before deciding how to proceed in handling the president.

"The Republican Party, as John Boehner said not long ago, is the Trump party today, and they are going down with the ship if the ship is going down," he said.

And even if Republicans wanted to dump Trump, Toobin argued, they would not do so for fear of alienating his most hardcore supporters.