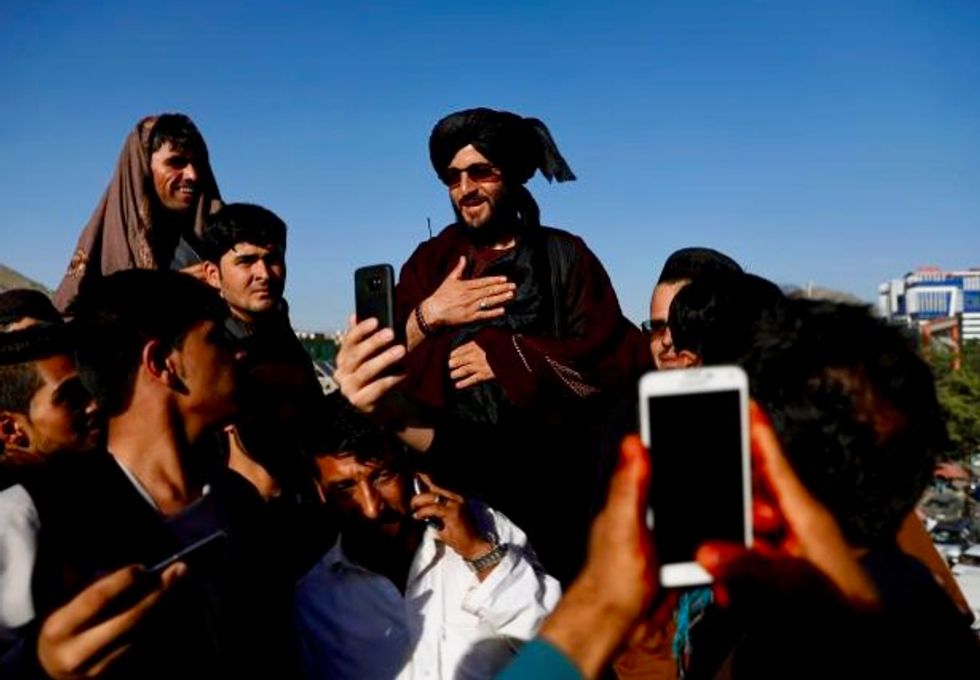 As moves toward peace pick up in Afghanistan, the Taliban are trying to show they have changed since the brutal days of the 1990s when they banned music and girls’ education and carried out public executions in Kabul’s football stadium.

“If peace comes and the Taliban return, then our return will not be in the same harsh way as it was in 1996,” Taliban spokesman Zabiullah Mujahid told Reuters, referring to the year they took over in Kabul before their ouster by U.S.-led troops in 2001.

“We want to assure Afghan nationals that there will be no threat to anyone from our side.”

The comments come as moves toward peace negotiations have intensified, following a series of meetings between U.S. special envoy Zalmay Khalilzad and Taliban representatives over the past three months.

Expectations of a decisive shift have been heightened by reports that more than 5,000 U.S. troops may be withdrawn from Afghanistan, in an abrupt about-turn from the previous U.S. strategy of stepping up military pressure on the insurgents.

“Our opposition is with the presence of foreign troops in Afghanistan. Once they are out and a peace deal is reached, then a nationwide amnesty will be announced,” said Mujahid.

“No one, police, army, government employees or anyone, will face revenge behavior from our side.”

Reports of the withdrawal are unconfirmed but they have triggered alarm among many Afghans with bitter memories of the Taliban’s ultra-hardline regime.

“I don’t think their mindset has changed but they have realized that without respecting human rights, they cannot be accepted by the international community,” said Bilal Sediqi, spokesman for the Afghanistan Independent Human Rights Commission.

With Afghanistan likely to remain dependent on foreign aid for years, the Taliban know they cannot return to the past when fighters swept into Kabul after the chaos of the 1990s civil war.

But they insist that as well as the withdrawal of foreign forces, there will be a return to their strict version of Islamic rule and many Afghans doubt their claims to have softened, even while yearning for an end to the war.

In June, Taliban leaders were angry at their fighters swapping selfies with soldiers and government officials and eating ice cream with civilians during a three-day ceasefire. Soon afterwards, they launched complex attacks on strategic provinces to try to oust Afghan forces and used civilians as human shields.

“I know there is no place for me if the Taliban return in their old style,” said Abdul, a 12-year police veteran currently working in the western province of Farah.

“...I will stand by the government side whatever it decides. But still I have not lost my hope in the future. The Taliban are not the old ones. We see changes among them. They are also tired of war.”

The Taliban, a predominantly ethnic Pashtun movement, strongest in the south and east of the country, now control large stretches of the countryside, where they levy taxes, run courts and control education.

For many conservative rural Afghans, Taliban rule provides welcome stability and the merciless punishments and rigid controls on women’s rights fit well with traditional practices in many areas.

In the Aqtash district of northern Kunduz province, a hotbed of Taliban insurgents, some women said they are allowed to walk freely and do not have to cover their faces in all-enveloping burqas.

Mujahid said the Taliban were not against women’s education or employment but wanted to maintain cultural and religious codes.

“We are not against women working in government organizations or against their outdoor activities, but we will be against the alien culture clothes worn by women, brought to our country,” Mujahid said.

“We have seen some signs of changes among them, but they have to show it in their actions that they have really changed,” he said.

Many believe the return on the Taliban would threaten the gains the country has made since 2001. Much work remains to be done to convince women in work or education and skeptical groups of ethnic Tajiks, Uzbeks and Hazaras from northern and central Afghanistan.

“I think that these statements that the Taliban have changed are only excuses that are being used by the Taliban to gain acceptance,” said Malina Hamidi, a teacher at a school in the Chamtal district of Balkh province.

“I am 100 percent confident that once they come back to power, they will be the same Taliban that ruled Afghanistan in the nineties.”