Here are 5 ways Melania Trump tarnished her image in 2018 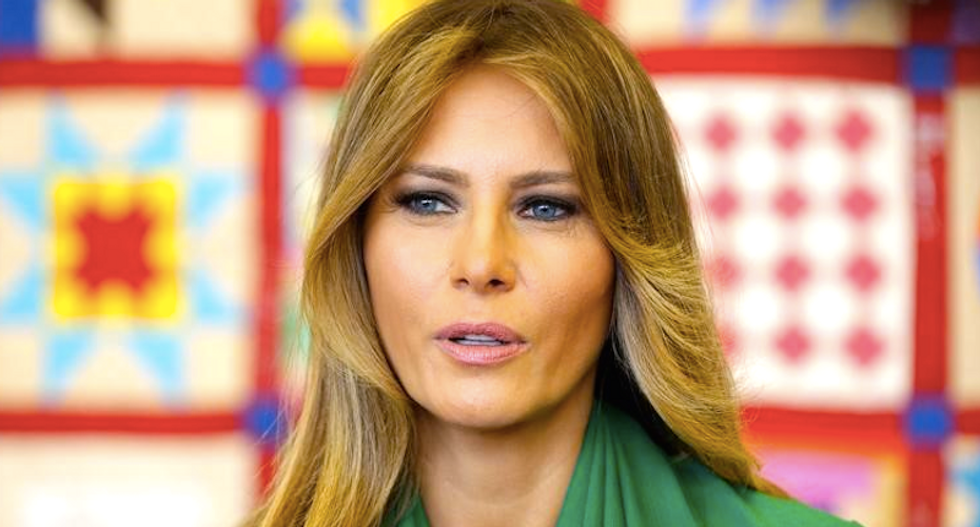 First Lady Melania Trump's approval rating is at 43 percent, according to a December CNN poll. The first lady is attempting to transition from someone who was notoriously close-mouthed to outspoken, but has often floundered when trying to present herself to the public as a whole person instead of the wife of an unpopular president.

Here are the top 5 moments that trashed Trump's public appearance.

During a heated confirmation process, for Supreme Court Justice Brett Kavanaugh Trump drew criticism from women's rights activists about her comments she made regarding accusations of sexual assault.

"If you accuse (someone) of something, show the evidence," Trump said. "I support the women and they need to be heard. ... We need to support them and, you know, also men, not just women."

As her husband initiated a policy to separate immigrant children from their parents at the border, Trump made a fashion choice that stunned the world. While visiting migrants on the US-Mexico border she wore a green jacket with words printed on the back that said, "I really don't care, do you?"

3. Her cyber bullying "Be Best" initiative

Trump created her "Be Best" campaign in an effort to promote positive behavior on social media. She was ridiculed for this decision because her husband continues to bully his foes on Twitter. And to top that off, she also said in an interview with ABC, "I could say I'm the most bullied person in the world."

During a trip to a slave holding facility in Ghana, the first lady was scrutinized again for her fashion choices. She wore a white pith helmet, which has historical ties to colonial rule in Africa. Twitter users attacked Trump for this outfit. "This is Melania Trump wearing a colonial hat in Kenya. This represents the imperialism of the west on Africa yet she chose it," a user tweeted.