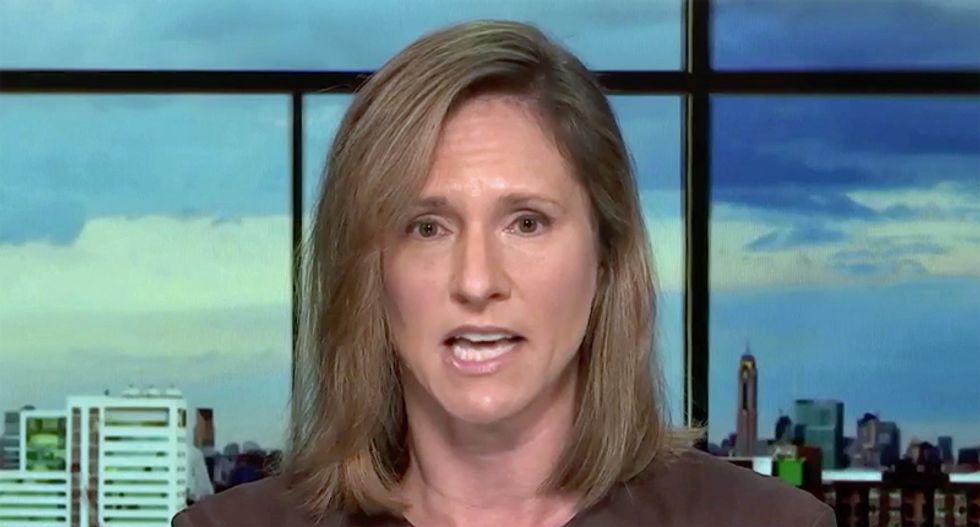 "There's new reporting the president has lashed out at Mark Whitaker at least twice in the past few weeks, both times over revelations surrounding his former lawyer, Michael Cohen," Witt reported.

"I am curious about your reaction to this, because even if the president is not directing Whitaker, isn't there still a level of influence that he is trying to put on the investigation?" Witt asked. "And could that not be considered obstruction?"

"Whether he actually said the words, you know, 'stop this investigation, shut it down,' is not really important," she explained. "That doesn't dictate the results here."

"This to me is -- just based on what we already know -- is a pretty clear, raw, blatant attempt at obstruction," Rocah concluded. "If the president of the United States is expressing, you know, such extreme displeasure that it is described as 'lashing out' about the fact his name, his conduct frankly, has been part of the Southern District investigation, that's really the same thing, without saying those words."

Rocah, a distinguished fellow at Pace Law School, asked viewers to imagine the exact same conduct, just from anyone else in America in a similar situation.

“If you think about it in terms of, not the president, but think about just an ordinary person out there who is being investigated for something, and his coconspirator pleads guilty and gets charged. If that person walked up to the prosecutor on the street who is doing the case and said, ‘I don’t like my name being mentioned, you know, this makes me mad,'” she explained. “They don’t need to say, ‘back off’ or ‘drop the charges’ or ‘stop investigating.’ That standing alone could likely be part of an obstruction charge.”

"And here it is the president of the United States. It is not only unethical, I think it is likely criminal," Rocah concluded.