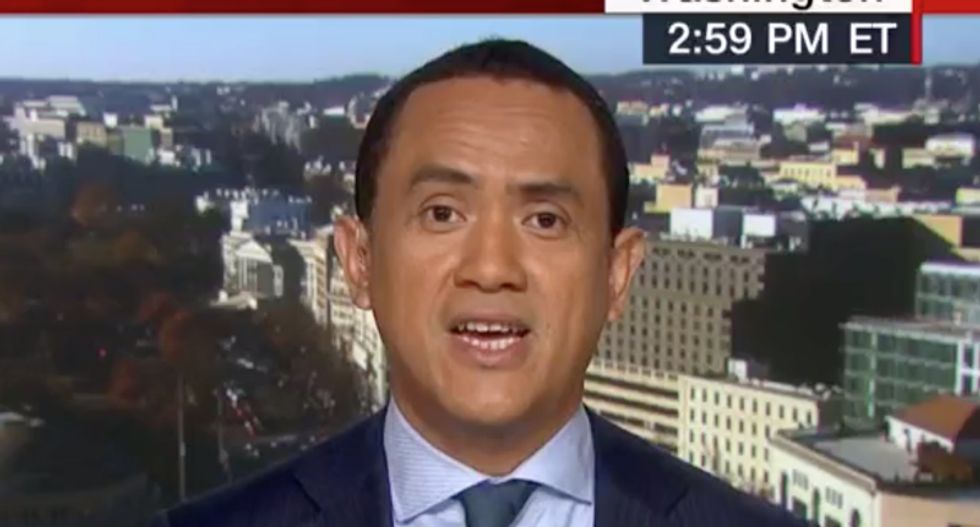 CNN's Senior Justice Correspondent Evan Perez explained why it was inevitable that President Trump's departing Chief of Staff John Kelly was interviewed by Robert Mueller, saying that the president's lack of 'discipline' eventually makes everyone who comes near him a witness in the investigation.

"As keeps happening in this White House, the minute you come working for President Trump, you become a witness. This is exactly what happened with John Kelly," said Perez. Mueller's questions, he added, focused on the president's ordering then [White House counsel] Don McGahn to have him fired. "John Kelly was there during one of the blowups that followed the publication of those stories."

Kelly "was a witness" to McGahn's refusal to publicly deny the stories, which is why Mueller wanted to interview him, Perez added. "This is part of the obstruction part of this investigation, which is still ongoing."

One might be excused for their surprise that Kelly had been sucked into Mueller's probe, Perez said, given that he was hired well into the Trump's tenure.

"You'd think there is no way he'd be part of this investigation," he said. "It turns out because he works for the president, because the president doesn't have the discipline to kind of keep these things in check, he becomes a witness in the investigation."