Trump isn't our only problem: Here are 10 steps we need to take to save American democracy 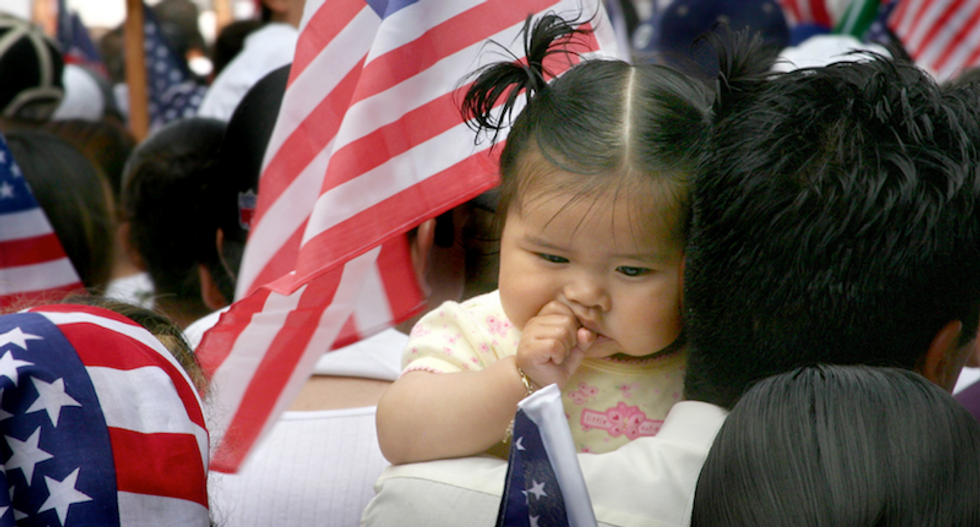 Trump isn’t the only problem. As Big Money floods our political system, and some in power are intent on making it harder for certain people to vote, we need a movement to save our democracy.

Number 1: Make voter registration automatic for all eligible voters, using information they’ve already provided the Department of Motor Vehicles or another government agency. This has already been implemented in several states, including Oregon, and it works.  In 2014, over 1 in 5 Americans were eligible to vote but did not register. Automatic registration would automatically change this.

Number 2: Pass a new Voting Rights Act, setting uniform national voting standards and preventing states from engaging in any form of voter suppression, such as voter ID laws, the purging of voter rolls, and inaccessible and inadequate polling places.

Number 4: Require public disclosure of the sources of all political donations. Much of that is now secret, so no one is held accountable.

Number 5: End the revolving door between serving in government and lobbying. Too often, members of Congress, their staffs, cabinet members and top White House personnel take lucrative lobbying jobs after leaving government. In turn, lobbyists take important positions in government. This revolving door must stop. It creates conflicts between the public interest and private greed.

Number 6: Ban members of Congress from owning specific shares of stock while they’re in office. Require that they hold their investments in index funds, so they won’t favor particular companies while carrying out their public duties.

Number 7: Require that all candidates running for Congress and the presidency release their tax returnsso the American people know of any potential financial conflicts of interests before they’re elected.

Number 8: Eliminate gerrymandered districts by creating independent redistricting commissions. Some states – Arizona, California, Michigan, and Colorado, for example – have established non-partisan commissions to ensure that congressional maps are drawn fairly, without racial or partisan bias. Other states should follow their lead.

Number 9: Make the Electoral College irrelevant. The presidency should be awarded to the candidate who receives the most votes. Period. States should agree to award all their Electoral College votes to the winner of the popular vote by joining the National Popular Vote Interstate Compact.

10 and finally: Fight for a Supreme Court that will reverse its Citizens United decision, which interpreted the First Amendment to prevent Congress or state governments from limiting political spending.

Follow these 10 steps and begin to make our democracy work again.