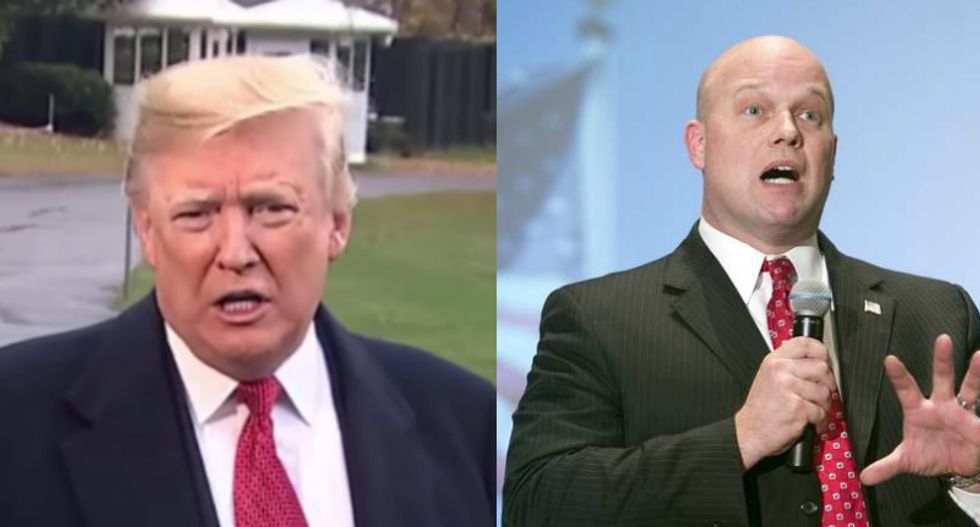 President Donald Trump "lashed out" at his acting attorney general, Matt Whitaker, when he failed to stop damaging revelations from emerging in the plea deal made by Trump's former personal attorney, Michael Cohen, CNN reports.

Trump, under the name Individual-1, was accused of involvement in felonies by prosecutors.

"President Donald Trump has at least twice in the past few weeks vented to his acting attorney general, angered by federal prosecutors who referenced the President's actions in crimes his former lawyer Michael Cohen pleaded guilty to, according to multiple sources familiar with the matter," CNN reported. "The previously unreported discussions between Trump and Whitaker described by multiple sources familiar with the matter underscore the extent to which the President firmly believes the attorney general of the United States should serve as his personal protector. The episodes also offer a glimpse into the unsettling dynamic of a sitting president talking to his attorney general about investigations he's potentially implicated in."