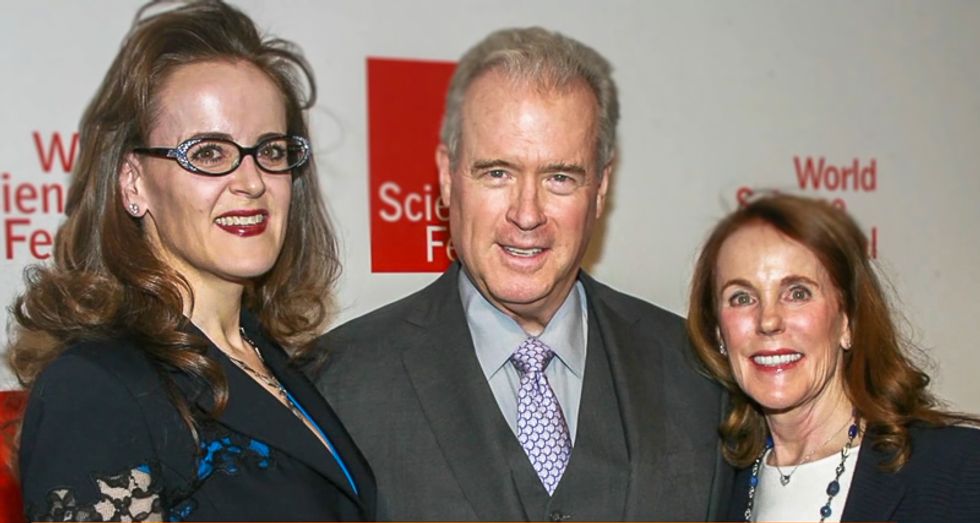 Robert Mercer and his daughter Rebekah, prominent fundraisers for right-wing causes and Breitbart.com, are scaling back their political activities after years of negative press, reports Bloomberg.

Mercer and his daughter were likely instrumental to helping President Donald Trump get elected, spending millions to influence the 2016 election. This year, they scaled back their contributions, to $2.9 million. In 2016, they spent three times that much.

Although neither the hedge fund tycoon or his daughter gave comment, people who've worked closely with them told Bloomberg that they were bothered by the negative attention they got following Donald Trump's victory.

Among other things, the Mercers have had to deal with protestors showing up to their mansion. In recent years, they've also backed a spate of losing candidates, like Kelli Ward and Chris McDaniel, U.S. Senate candidates in Arizona and Mississippi.

Other controversial figures associated with the Mercers, like Milo Yiannopoulos, have lost popularity and much of their public platforms amidst controversy. Web traffic for Breitbart.com has seen a precipitous decline, from 23 million unique visitors in November 2016 to 9 million in November 2018.

But they continue to promote political causes. "I will not be silenced,” Rebekah Mercer said in a speech at a charity gala in October.