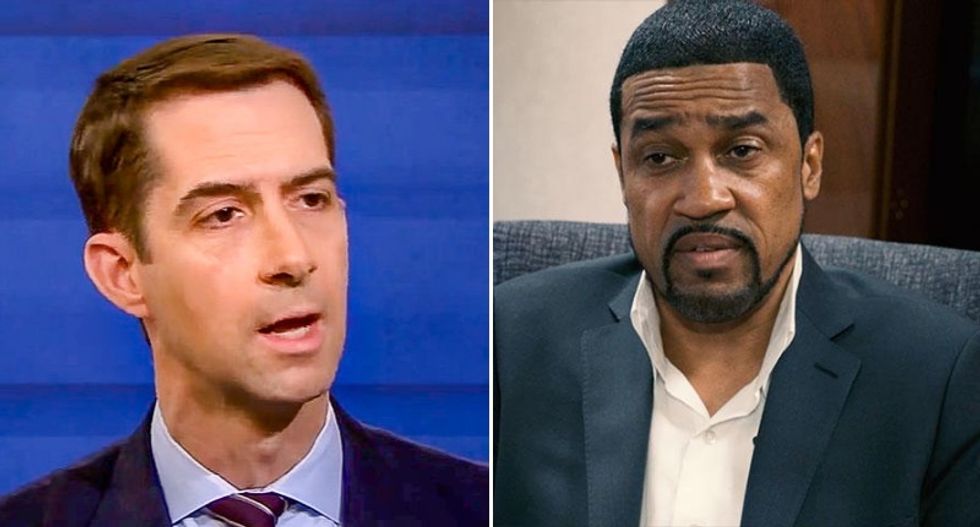 "He's the new Bull Connor," Pastor Darrell Scott said, referencing the racist Alabama politician who was a staunch opponent of the Civil Rights Movement in the 1950's and 60's.

He went on to say that had Senate Majority Leader Mitch McConnell (R-KY) not allowed the bill to come to the floor, he would have been "the new George Wallace," a reference to the segregationist Alabama governor.

Scott told Faulkner that he was "very mad" when some Republicans were blocking the bipartisan reform bill. Cotton was reportedly chief among them, arguing that the bill would allow for the release of "violent criminals."

"I was gonna come up to Washington with 500 angry black people and we were gonna kick some doors in," the pastor said.

Of the 12 Republicans who voted against the bill, Scott said he had to call it like he saw it.

"It smells of racism," he said.

"I know you do not mince words," Faulkner replied.