Trump has no choice but to cave on the wall and should 'know when to fold': GOP strategist 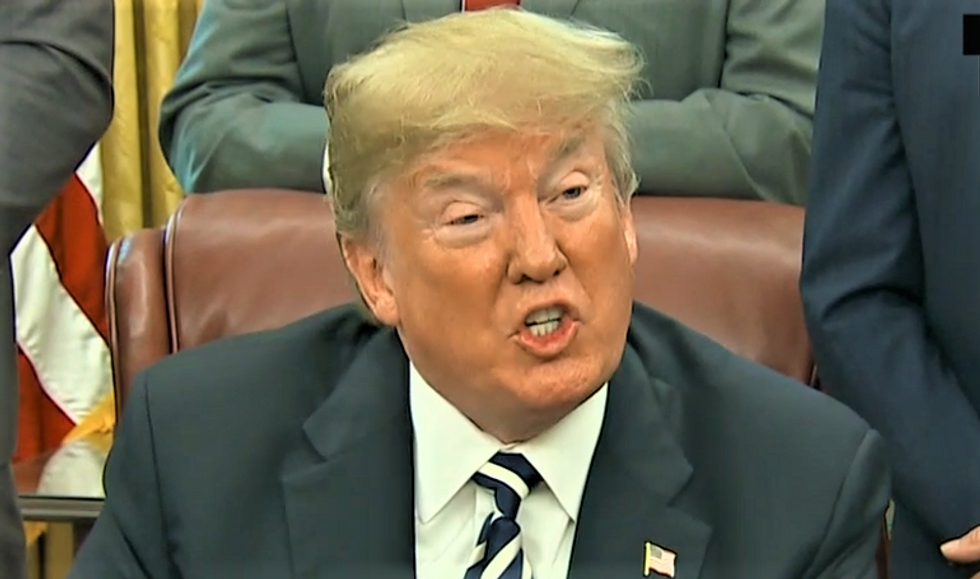 Republican strategist and former Ted Cruz communications director Alice Stewart said on Friday that the time is rapidly approaching for President Donald Trump to cave on his demands for border wall funding.

While appearing on CNN, Stewart said that Trump can only hold out so long on border wall funding when public opinion is against him as it is now.

"Looking at the numbers... 57 percent of Americans don't support the wall," she said. "The president made a campaign promise that he would build a wall. Unfortunately, he said it was a wall that Mexico will pay for -- now we are picking up the tab."

Stewart then suggested that Trump's decision to shut down the government in a failed attempt to secure wall funding would be enough to satisfy his right-wing voters.

"I do think the president has done well to satisfy his base by pushing back, holding firm," Stewart said. "But my recommendation is to take a page from Kenny Rogers and 'The Gambler.' And you gotta know when to hold 'em, you gotta know when to fold 'em. Now is a good time to fold in some way... because once Democrats take control of the House, he is going to have a very losing hand."