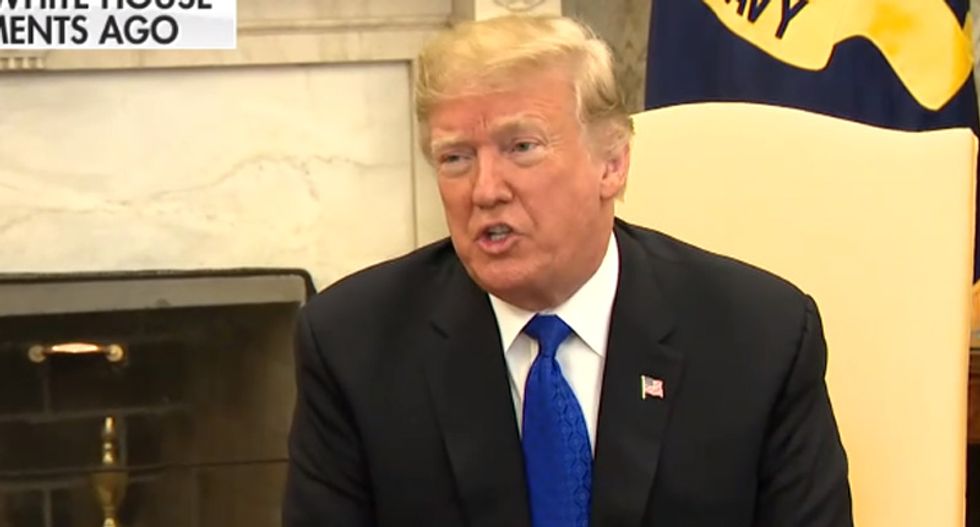 U.S. President Donald Trump said he was unlikely to come to an agreement with Democrats on Tuesday over border wall funding as he argued with Senate Democratic Leader Chuck Schumer and House Democratic Leader Nancy Pelosi in front of reporters at the White House.

Trump has threatened to shutdown the federal government over wall funding. Pelosi and Schumer, also speaking to reporters at the meeting, said they and the American people did not want a government shutdown and wanted to come to an agreement.