Trump, without evidence, says Arizona 'bracing' for surge of immigrants 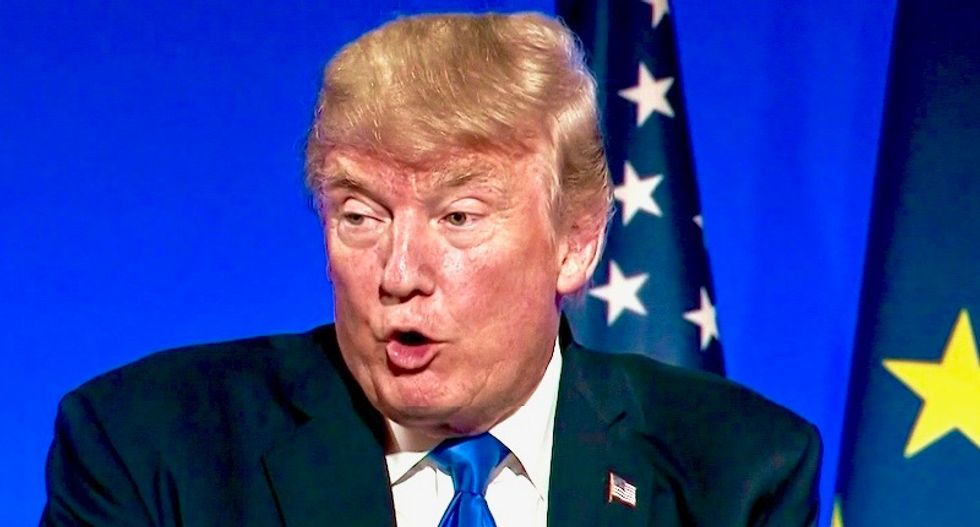 U.S. President Donald Trump said without evidence on Thursday Arizona “is bracing for a massive surge” of immigrants along part of the border that has no protective fence, reiterating his call for Democrats to back funding for his proposed border wall.

“Arizona, together with our Military and Border Patrol, is bracing for a massive surge at a NON-WALLED area. WE WILL NOT LET THEM THROUGH,” Trump wrote in a post on Twitter, appearing to maintain pressure on lawmakers seeking to approve legislation to keep the government open through to Sept. 30 next year.

Representatives for the White House, the Department of Homeland Security and the Pentagon did not respond immediately to requests for comments.

It was unclear if Trump had a specific group of migrants in mind.

On Wednesday, the U.S. Customs and Border Protection said that border agents in Arizona had apprehended two groups of families from Honduras and Guatemala comprising a total of 124 migrants who had crossed into the United States.

The U.S. Congress approved a stopgap two-week spending bill on Thursday but lawmakers still need to agree on a longer-term funding measure to fund government agencies until the end of the fiscal year in September.

Trump, who has made the construction of the wall a foundation of his presidency, has demanded $5 billion this year from Congress for the boundary and has threatened to shut down the government if lawmakers do not accede.

Democrats have argued the wall would be ineffective at ending illegal migration and stemming the flow of illicit drugs across the border.