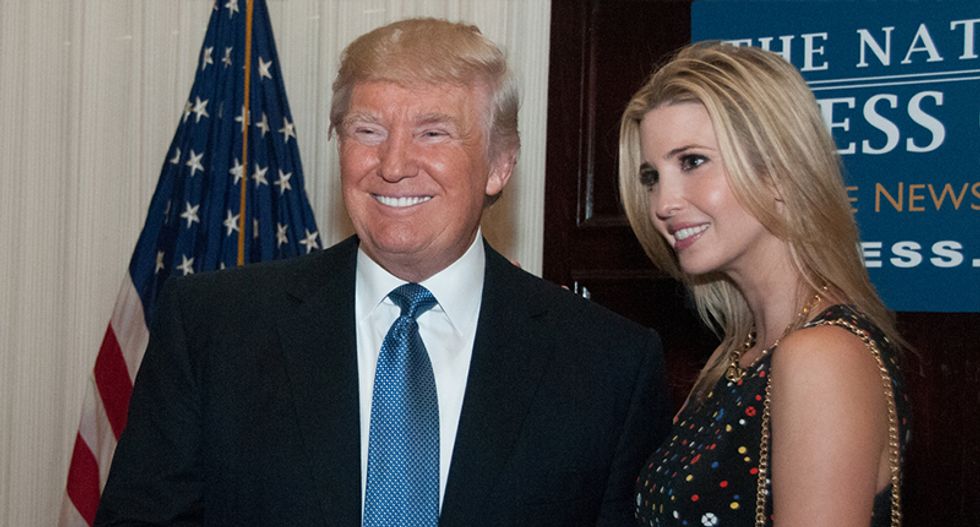 Harold Pollack, a professor at the University of Chicago's School of Social Service Administration, writes on Twitter that he's not surprised by the New York AG's allegations -- but he is shocked at the total depravity of Trump's grift.

While he has no trouble believing that Trump funneled money from the Trump Foundation to pay off his own business's lawsuits or to buy himself autographed Tim Tebow football helmets, he is shocked that the Trump Foundation still managed to perform "literally no good works," even as cover for its other shady activities.

Pollack then draws on his own experience of trying to raise funds for assorted research projects from rich people -- and he says that none of them has ever been as singularly self-interested as Trump.

"Every one of them has a genuine passion for something, even if that something seems pretty silly or frivolous to us," he writes. "Maybe they're passionate about liver cancer because their wonderful nanny suffered from it. Maybe they want to give $50 million to the Pollack cat leukemia center."

In contrast, he writes, "President Trump doesn't show any of that, any genuine interest in anything outside of himself."

This is not to say that other rich people are angels, Pollack insists, but that they at least have some part inside them that wants to be generous.

"Sure -- you might use your foundation to skirt a few rules about estate taxes and corporate governance," he explains. "But it's a real thing. You're proud of it. You enjoy it. You don't use it to pay your kid's $7 Boy Scout dues, or make your foundation an embarrassing joke."

I'm not surprised that the Foundation is riddled with self-dealing, hidden favoratism, and tax scams. https://t.co/16NyROMrYd
— Harold Pollack (@Harold Pollack) 1545276133.0

None of that is surprising given who we are dealing with. I'm not surprised to see a billionaire use his foundation… https://t.co/IefRDTHlOR
— Harold Pollack (@Harold Pollack) 1545276133.0

President Trump doesn't show any of that, any genuine interest in anything outside of himself.
— Harold Pollack (@Harold Pollack) 1545276134.0

The Children's Hospital was why you did it all. That's what you genuinely felt good about, bragged about to the gra… https://t.co/N4VTq3Apl6
— Harold Pollack (@Harold Pollack) 1545276134.0

You support whatever moves you, even if they're your own eccentric or pet cause. That's part of what's so fun about… https://t.co/4sPcxMxoCy
— Harold Pollack (@Harold Pollack) 1545276135.0