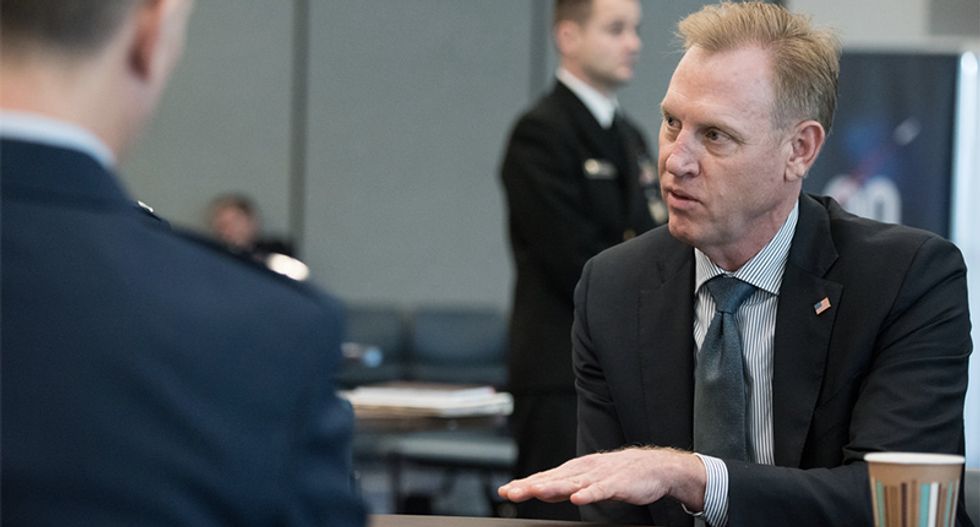 President Donald Trump's new pick for the Secretary of Defense joins a chorus of swamp-dwellers that have been appointed to the cabinet.

A report by the Daily Beast ripped new appointee Patrick Shanahan for his controversial history demanding the military purchase weapons that they didn't need nor did they want.

The Air Force said that it didn't want any more F-15s, because they prefer the F-35 stealth fighter from Lockheed Martin, America's biggest defense contractor. The Pentagon overruled the military branch, saying that they would be added to the government anyway. It was Shannahan who "prodded" them to include the planes, Bloomberg reported.

Rules dictate that Shanahan recuse himself from any decisions involving Boeing, but that clearly wasn't done in this case.

The president has come under fire since taking office because cabinet appointees have been reckless in spending of taxpayer dollars. The Republican Party has advocated against government spending for decades, but it has consistently been ignored in the Trump administration. Outgoing Interior Secretary Ryan Zinke is being investigated for sketchy travel spending. Former Health and Human Services Secretary Tom Price got sacked for using private planes on the American dime. EPA Chair Scott Pruitt was outed for spending thousands on bizarre "security needs" like tactical pants and a special, secret phone booth. Housing and Urban Development Secretary Ben Carson shelled out thousands to redecorate his office, nearly purchasing a $31,000 table and chairs. When news of it became public, the purchase was shut down.

The president has demanded that outgoing Secretary James Mattis be gone by Jan. 1.