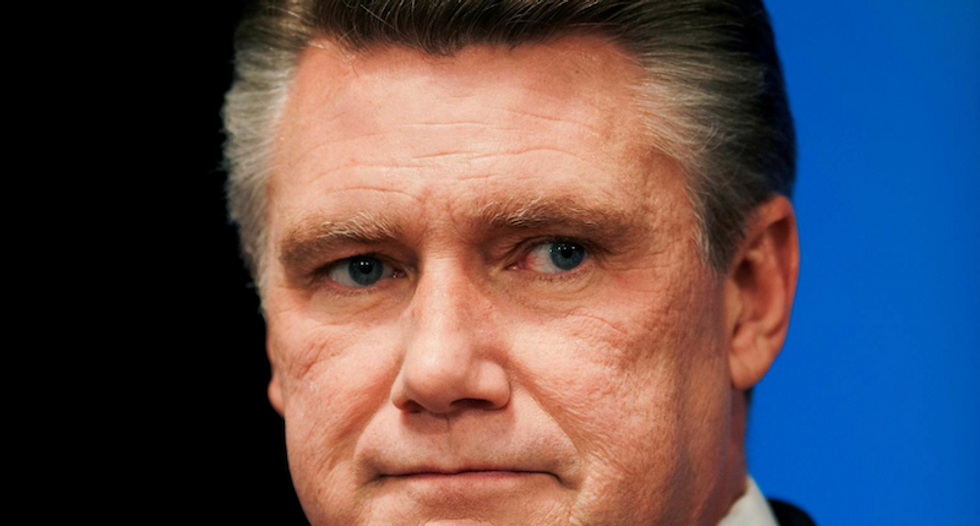 Republican Mark Harris filed an emergency petition to be certified as victor of last month’s election for a seat in the U.S. House of Representatives. His request was rejected by a state elections board reviewing whether mail-in ballots were illegally handled in some rural counties.

North Carolina Governor Roy Cooper, a Democrat, said he would immediately appoint an interim board to continue the investigation until a restructured board was due to begin operating at the end of January under a new state law.

“It is vital that the State Board of Elections finish its investigation of potential election fraud in the Ninth Congressional District,” Cooper’s office said in a statement.

If evidence of fraud is uncovered, North Carolina’s board of elections could order a new vote. The U.S. House could also rule on the election outcome.

But North Carolina Republicans said recent developments made it unlikely that such actions would overturn an initial tally in which Harris edged out Democrat Dan McCready by 905 votes.

Since then, residents of rural Bladen County have provided affidavits that people came to their homes and collected unfilled absentee ballots. It is illegal in North Carolina for a third party to turn in absentee ballots.

Republicans said the investigation has not turned up evidence of sufficient improprieties to change the outcome.

“All the Democrats want to do is delay and delay and delay,” Dallas Woodhouse, executive director of the North Carolina Republican Party, said in a phone interview.

He noted that the restructured elections board, as of February, will require a bipartisan vote to call a new election.

“There is now no chance - none - that there will be a new election called in North Carolina,” Woodhouse said.

Representatives for the Harris and McCready campaigns could not immediately be reached for comment.

State Democrats contend that Republicans have undermined the elections system by ramming in changes, including the new elections board, by a Republican-controlled legislature.

“Mark Harris is trying to steal this election,” North Carolina Democratic Party Chairman Wayne Goodwin said on CNN. “It is obstruction of an investigation.”

Sen. Lindsey Graham (R-SC) has vowed to fight a subpoena that would force him to testify before a grand jury investigating possible election tampering by former President Donald Trump and his supporters in Georgia.

Court filings released on Tuesday said that Graham had been subpoenaed along with Rudy Giuliani and other members of Trump's election team. John Eastman, Jenna Ellis, Cleta Mitchell and Kenneth Chesebro all received subpoenas.