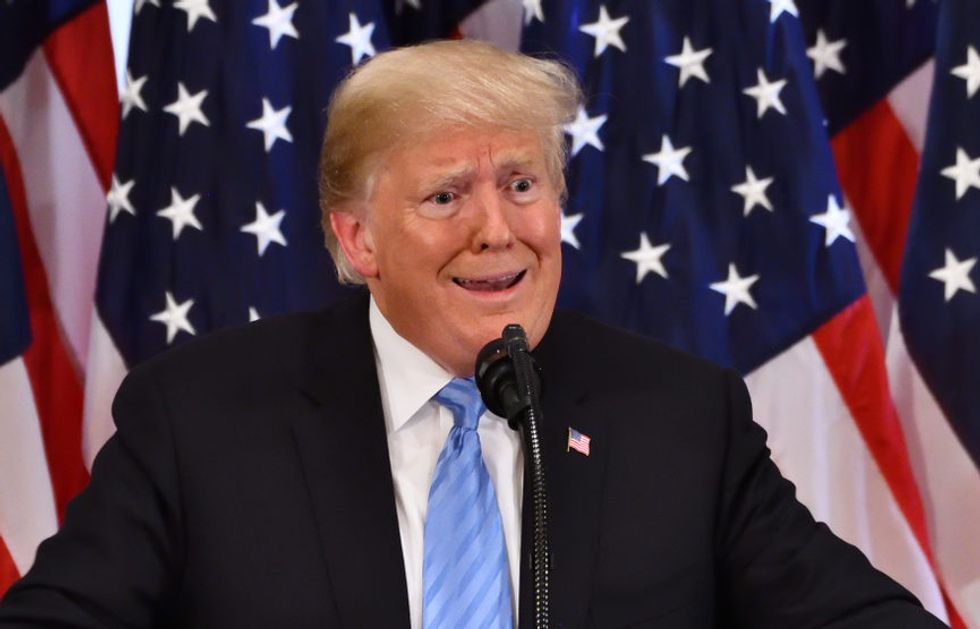 President Donald Trump closed out 2018 with a Twitter rant against Democrats for not approving his nominees to be ambassadors.

"Heads of countries are calling wanting to know why Senator Schumer is not approving their otherwise approved Ambassadors!?" Trump claimed. "Likewise in Government lawyers and others are being delayed at a record pace!"

Trump said "360 great and hardworking people" were "waiting for approval from Senator Schumer."

"These are people who have been approved by committees and all others, yet Schumer continues to hold them back from serving their Country!" he claimed.

Kari Lake goes out with a whimper: She couldn't galvanize Trump's Jan. 6 army

In the end, the Big Lie 2.0 went out with a whimper, instead of the bang Donald Trump and his acolytes were clearly anticipating. For months, Trump-loyal Republican candidates for state and local offices — often those hand-picked by Trump himself — recycled his false claims that a secret cabal of Democrats had secretly created a system to "steal" elections from Republicans. Not only did MAGA superfans like Arizona gubernatorial candidate Kari Lake argue that Joe Biden had somehow stolen the 2020 from Trump, they repeatedly suggested that, should they lose in 2022, that should be presumed illegitimate as well.

Women who had romantic relationships with the former NFL star went public during the campaign to reveal their stories of secret children, abortions and abuse are pleased that Georgia voters rejected his bid to serve as their senator, reported The Daily Beast.

Watch: McConnell refuses to say he will not support Trump for president even after ‘terminate the Constitution’ demand

Even after Donald Trump called for the "termination" of the U.S. Constitution this weekend and demanded he be put back into office or be given a do-over national presidential election, Senate Republican Minority Leader Mitch McConnell is refusing to say he will not support the ex-president's current run for the White House.

McConnell kicked off his weekly press conference Tuesday by mildly criticizing Trump, although not mentioning him by name.