US allies in Asia-Pacific region rattled after Mattis quits 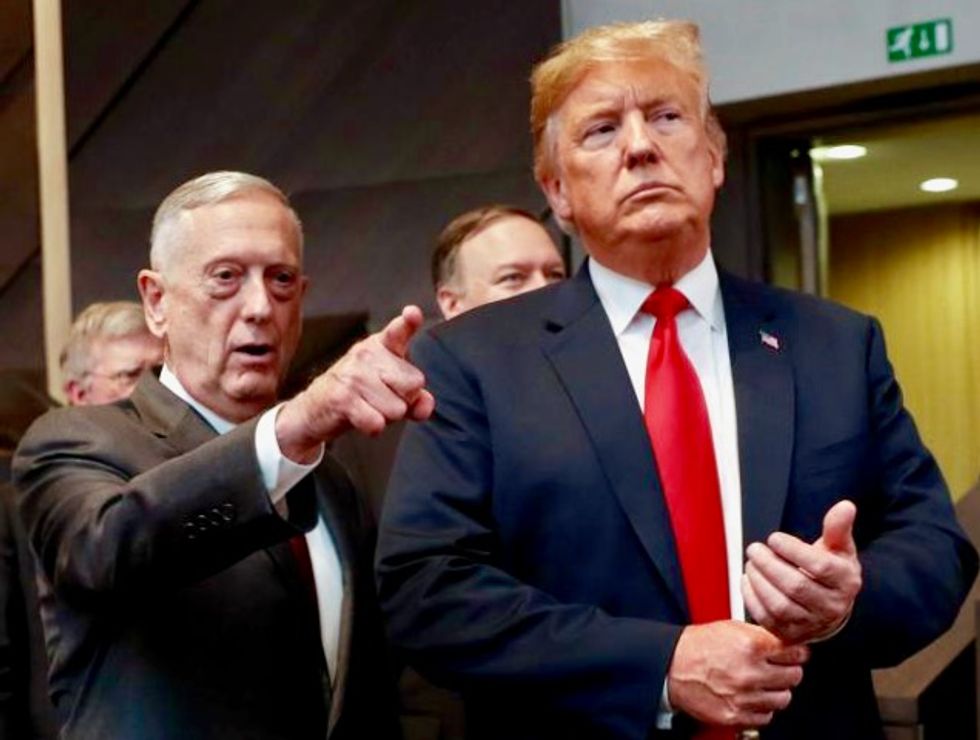 The region - which includes strong U.S. allies Japan, South Korea and Australia - hosts some of the world’s most volatile flashpoints, with high tension on the Korean peninsula and China’s militarization of the South China Sea causing friction.

Mattis, who embraced America’s traditional alliances, said he was quitting after falling out with President Donald Trump over foreign policy, including surprise decisions this week to pull troops from Syria and start planning a drawdown in Afghanistan.

“He has generally been referred to as one of the adults in the Trump administration,” Australian government Senator Jim Molan told The Australian newspaper.

He said his departure was concerning because it introduced “another extreme variable” into U.S. decision making.

Mattis has been a vocal critic of China’s increasing presence in the South China Sea but he worked to ensure tensions did not boil over.

“He’s been the point of continuity and the gatekeeper in the administration that they’ve relied on most to temper the instincts of Trump, which are much more, I think, isolationist and clearly highly skeptical ... about alliance commitments,” said foreign policy and security analyst Euan Graham, executive director of La Trobe Asia at Australia’s La Trobe University.

Mattis’ departure also robs Australia, without a U.S. ambassador since 2016, of a key ally in the Trump administration.

“Australia has always had the ear of Mattis,” a U.S.-based diplomatic source told Reuters.

Australia has had roughly 800 troops in the Middle East since 2014, mostly based in Iraq, as part of coalition efforts to combat the Islamic State group.

About 300 troops are based in Afghanistan, where they have had a presence since not long after the war began 17 years ago.

Trump announced on Wednesday that U.S. troops in Syria would be withdrawn, a decision that upended U.S. policy in the region.

A U.S. official said on Thursday Trump was planning to withdraw at least 5,000 of the 14,000 U.S. troops in Afghanistan. Mattis had advocated for a strong U.S. military presence to bolster diplomatic peace efforts there.

Adam Mount, defense analyst at the Federation of American Scientists, said Mattis was a steady hand on North Korea and was instrumental in preventing a war.

“Mattis was bailing water out of an alliance being buffeted by an erratic president, an advancing North Korea, and an increasingly assertive China,” Mount said.

“His work kept the alliance afloat but major questions will have to be resolved to keep it strong,” he said.

Reporting by Tom Westbrook in SYDNEY and Josh Smith in SEOUL; Additional reporting by Colin Packham in SYDNEY; Writing by Jonathan Barrett; Editing by Paul Tait