US winter storm knocks out power to 190,000 in North Carolina 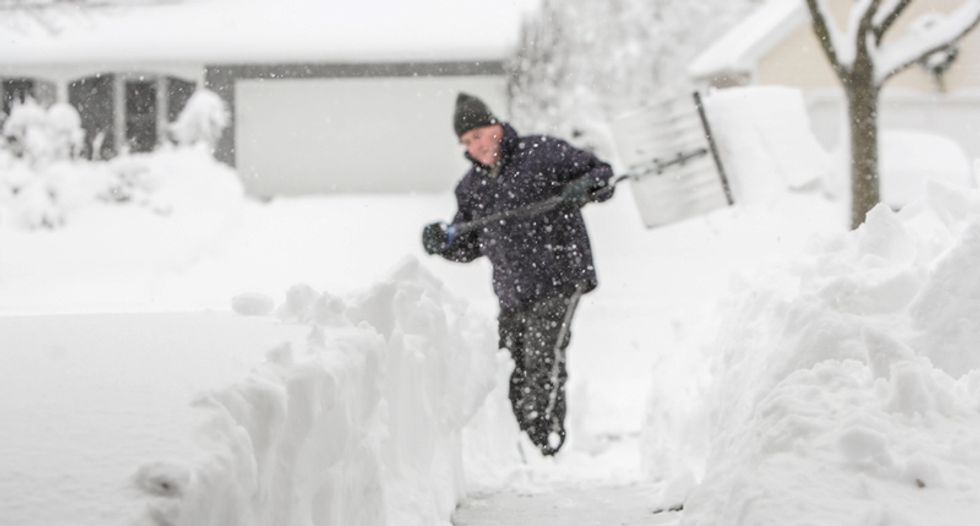 A powerful winter storm that hit the U.S. Southeast over the weekend knocked out power for more than 190,000 customers in North Carolina, officials said on Sunday.

Authorities urged residents to stay off the roads as snow, sleet, and freezing rain were expected to continue into Sunday, the National Weather Service said.

The agency reported between four and 12 inches (10 to 30 cm) of snow in some areas and warned about continuing snowfalls which could bring as much as a foot and a half (46 cm) from western and northern North Carolina to southwest Virginia.

The storm prompted some 1,000 flight cancellations at Charlotte/Douglas International Airport, the sixth-busiest airport in the country, according to flight-tracking website FlightAware.

North Carolina Governor Roy Cooper said on Sunday that the state of emergency would remain in effect and that the North Carolina National Guard had been activated to help with the response.

The effects of the storm could last for days in the state, officials warned.

Utilities company Duke Energy Corp said on Friday the weather system could lead to more than 500,000 power outages in the Carolinas.

In North Raleigh, residents woke up to several inches of snow that blanketed roads, cars and homes. Many people took to Twitter to share photos of the unusually harsh weather, and the hashtag #Snowmageddon2018 was trending on Twitter on Sunday morning.

The storm formed earlier this week off the Texas coast and moved east, lashing parts of Arkansas and Tennessee with icy rain.