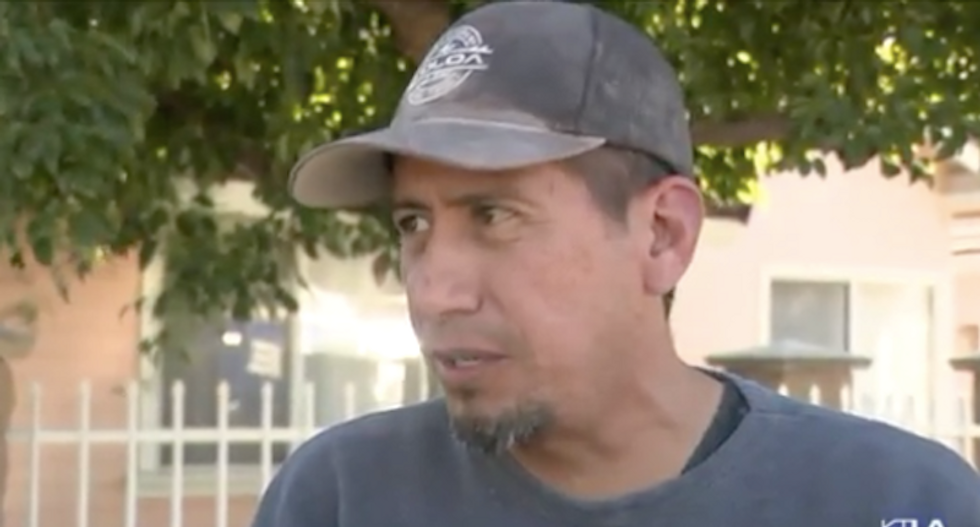 44-year-old Jose, had come into the Waba Grill off of Mountain Avenue around 1 p.m. during his lunch break. A stranger pushed him, causing him to fall to the ground.

The white man then yelled "Watch out, you f—ing Mexican." He then punched Jose in the throat, according to KTLA.

"It’s obviously a concern when anytime you have somebody who attacks somebody unprovoked," Ontario Police Sgt. Bill Russell told. Local law enforcement officials are investigating the incident as a potential hate crime.