'The walls are closing in on Donald Trump': Senator explains what comes next for 'unindicted co-conspirator' 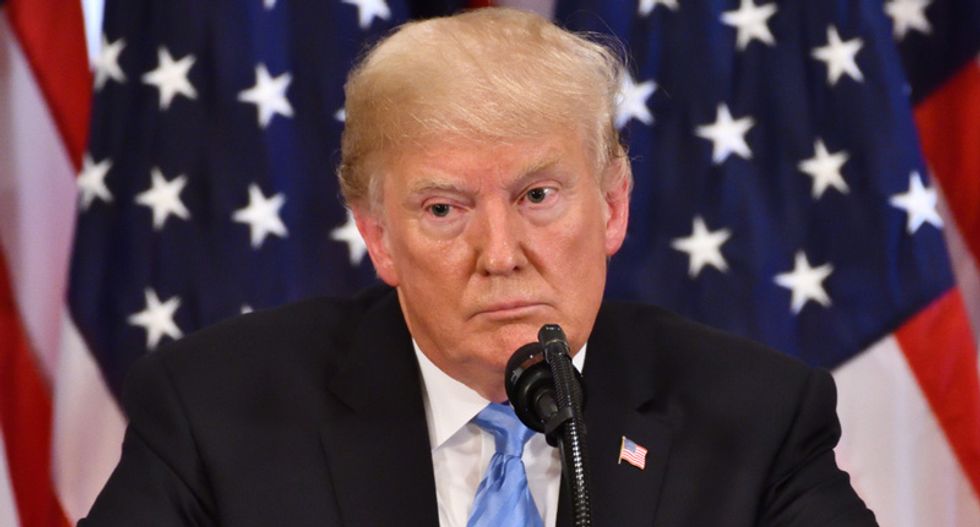 One of the most experienced prosecutors the United States Senate explained the legal importance of Friday's filings during an appearance on MSNBC's "Hardball" with Chris Matthews.

Sen. Richard Blumenthal (D-CT) was the United States Attorney for Connecticut during the Carter administration and was elected five times as Attorney General in the state -- serving for 20 years. He is now a member of the Senate Judiciary Committee.

"How do you react to the Southern District of New York's report that the president directed the criminal violation of the campaign laws to cover up his affairs with Susan McDougal and with Stormy Daniels?" Matthews asked.

"This sentencing memorandum, first of all, is a bombshell in showing why prosecutors in the Southern District of New York -- independent of the special counsel -- believe that Donald Trump committed a felony that enabled him or at least helped him to become president," Blumenthal replied.

"And the further information in this bombshell memorandum shows facts and evidence that link that conspiracy to Russian collusion with the Trump campaign and potentially obstruction of justice," Blumenthal noted.

"So the pieces of the mosaic or the puzzle are coming into place, and the walls are closing in on Donald Trump and his inner circle, including his family," he added.

Blumenthal predicted that "as the walls close in on Donald Trump, he is going to be more desperate, more destructive, and potentially more damaging."

While states and school districts are pulling books from library shelves because it discusses same-sex penguins, one group of parents is coordinating to ensure that the next generation of Nazis continues to rise.

The Huffington Post revealed that two parents are homeschooling their children to ensure they strengthen their anti-Semetic beliefs in their children. Once they appeared on the neo-Nazi podcast “Achtung Amerikaner," parents began to join their Telegram channel, Dissident Homeschool, to share the Nazi-approved materials that can be used in teaching.