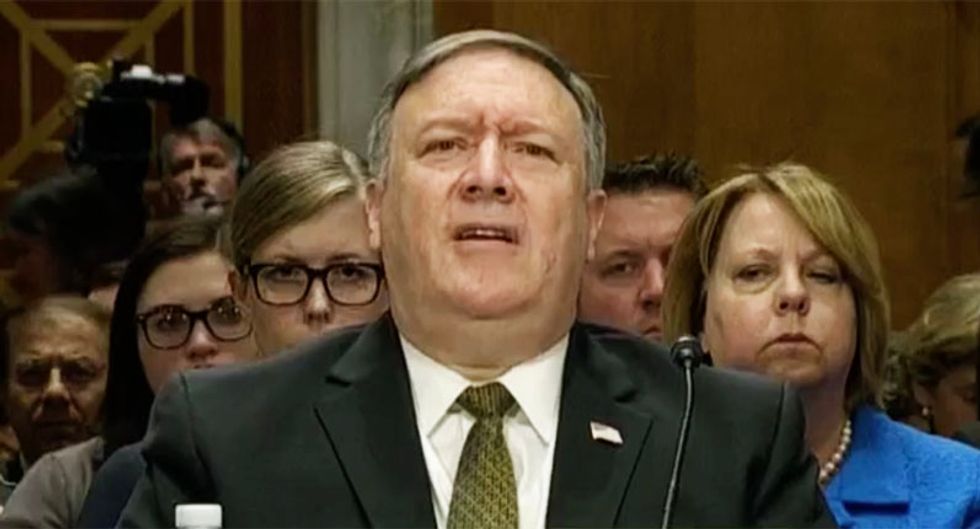 Pompeo has been in the State Department just shy of eight months, but no amount of arrogance can overcome the diplomatic flubs of President Donald Trump's administration.

"Pompeo has managed to worsen the State Department’s already abysmal standing with every significant constituency. Legislators, major allies, the media, career staff, even North Korea are alienated," Diehl wrote Sunday. "The only satisfied customer may be President Trump — and even he has grounds for grievance."

Pompeo said that he would get "back our swagger" in the State Department after the president butted heads with former Sec. Rex Tillerson. It didn't exactly work out, however. The Republican Congress wasn't impressed.

Already the Senate voted to stop support for Saudi Arabia's intervention in Yemen. The head of the International Monetary Fund said Pompeo had no clue what he was talking about. Worst for the U.S. was when the European Union voted for ways to circumvent new Trump sanctions against Iran.

"Trump proclaimed that he was 'ready, willing, and able' to negotiate a new deal, and probably he meant it; after all, he has pivoted from confrontation to negotiation with North Korea and China," Diehl wrote.

"Then Pompeo undercut him. Two weeks later, in his first major speech, the new secretary laid down a formidable gauntlet of 12 conditions for Iran to meet, covering not just its nuclear program but also its support for militias in Syria, Lebanon and Yemen, and its domestic repression."

"If Trump actually wanted to bargain with the mullahs, he would have to repudiate Pompeo’s list; if Iran responds to the ultimatums by resuming nuclear activity, the only alternative may be war."

Diehl wondered if something similar happened in the North Korea negotiations as well. Pompeo was responsible for taking over for Trump after the June summit with Kim Jong Un. The first visit was a disaster, and talks ceased for months while others tried to clean up Pompeo's mess.

"Evidently, the North Korean ruler has decided he can’t do business with Pompeo. Maybe that’s because the secretary is refusing to give in to Kim’s unreasonable demands for sanctions relief and a peace declaration. But perhaps the dictator is also put off by the #swagger," Diehl noted.

Meanwhile, the State Department is still woefully understaffed and important posts remain unfilled. Those that are there were hopeful Pompeo would disagree with Tillerson's desire to leave so many positions staffless. He hasn't.

"Pompeo greets most questions about his performance with a tight smirk and a few dismissive words. It’s a manner that appears calculated to offend. It has won him few friends or allies in Congress or anywhere else. But then, he is performing for an audience of one: a president who loves #swagger," Diehl closed.