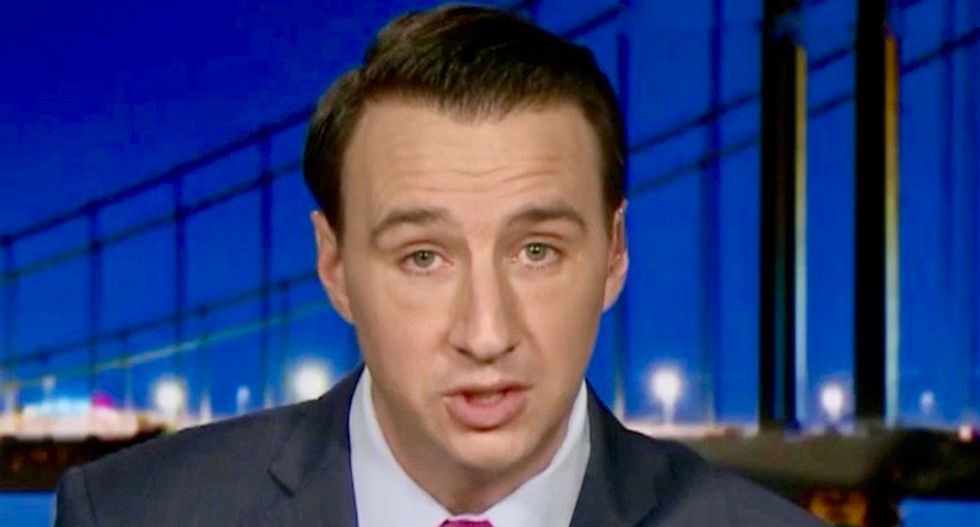 A Republican congressman went on the record slamming President Donald Trump's "toddler logic" in pushing for a shutdown over his proposed border wall in a CNN interview on Saturday.

Rep. Ryan Costello (R-PA) decided to retire before the 2018 midterms and has since turned into a loud critic of Trump.

"If it is toddler logic to think the DEMs will cave here, who do you blame for this government shutdown we're in?" asked CNN host Ana Cabrera.

"Well, it's the president. He said it's his shutdown," he said. "The Senate passed a bill 100-0 funding the government, known as a clean CR. After the 100-0 vote, the bill came to the House. A couple talk show hosts were screaming and yelling, saying we need to get more border money. The president all of a sudden changes his mind and doesn't find the 100-0 vote acceptable, even though he initially did. A couple members of the freedom caucus gin everybody up and by the end of the Republican conference meeting we don't have enough votes to pass that clean CR."

Costello said he and his House colleagues knew the Senate would then refuse to sign off on the bill, causing a shutdown.

"In the land of common sense, we're not in it right now. The shutdown is because the president wanted to shut down. I don't know why he wanted to shut down, if it's over the border wall then this past summer he should have pushed the compromised immigration bill that if he had pushed we would have been able to send it over to the president. That's my frustration," he said.

Costello said that Democrats have no reason to compromise given Trump has taken responsibility and they will soon have control of the other branch of government.

"I don't know why Senate Democrats would vote for a bill right now when they will have even more leverage on January 4th when the Democrats take back the house. This honestly is really, really simple stuff. Really simple," he said. "But for some reason, there are a couple people out there that I think are just missing the boat, and one of them is the president."

Watch the CNN segment below.