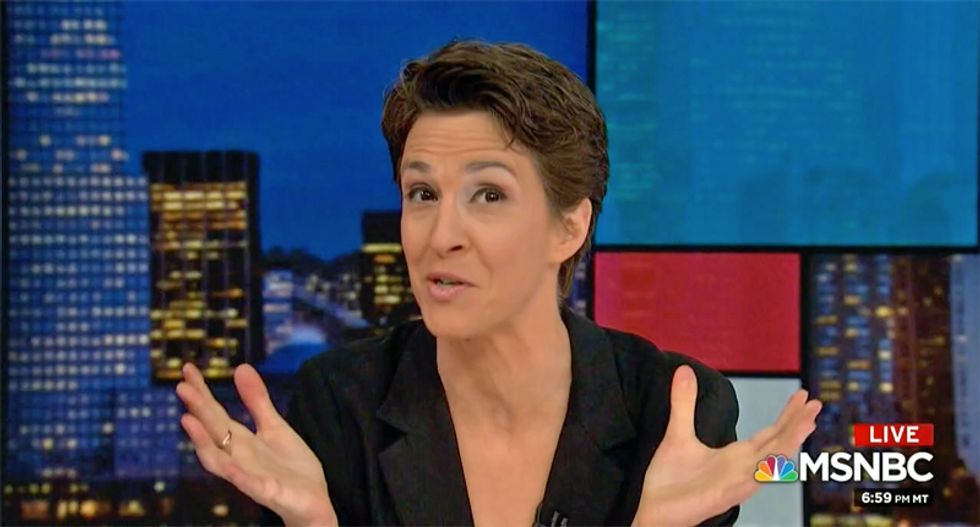 "The special counsel in that filing lays out for the benefit of the judge in the Manafort case what Mueller and his team say are the lies of Paul Manafort since he's been supposedly cooperating with prosecutors after he plead guilty and entered into a plea agreement with prosecutors back in September," Maddow noted.

"But prosecutors filed a separate document with the judge in Manafort's case today, which we don't get to see. In addition to this one that we did get to see, Mueller's office today filed a sealed document with the judge, and that contains all of the information they say that involves ongoing investigations or any uncharged individuals," Maddow continued. "Again, that bit is filed under seal today, and it may just be that the juiciest stuff is in that sealed filing."

Maddow noted a "funny" aspect of the case, reading from the filing: 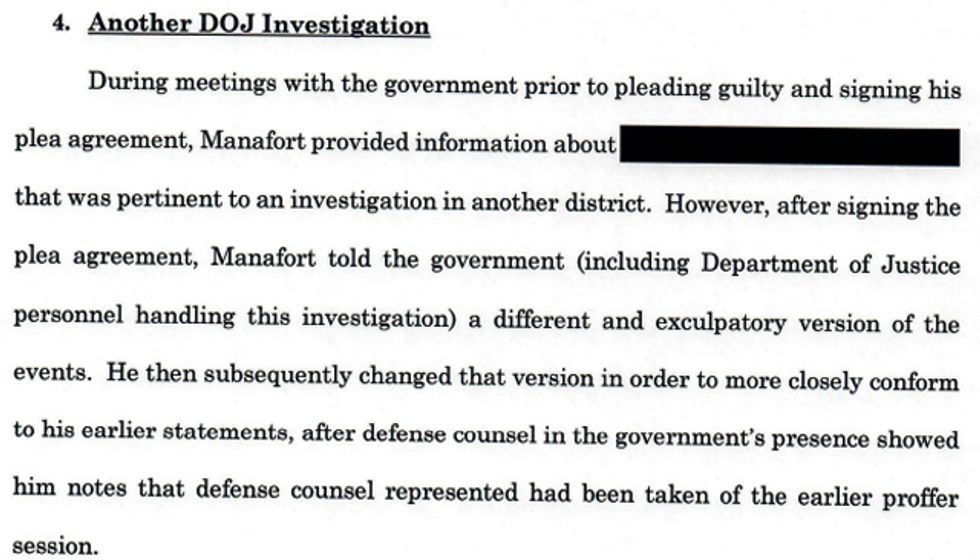 "So, I mean, it's not like a whoopie cushion funny or anything, but the reason I say that is somewhat comical is that what Mueller's prosecutors are saying here is that Paul Manafort was so comfortable lying to prosecutors so much of the time on so many things that ultimately he couldn't keep his lies straight," she explained.

"So this is the part of Manafort's filing, which suggests that, yeah, prosecutors maybe had good reason to feel not at all comfortable with him providing anything that was supposed to be factual information about anyone. He is lying about his lying," she concluded.