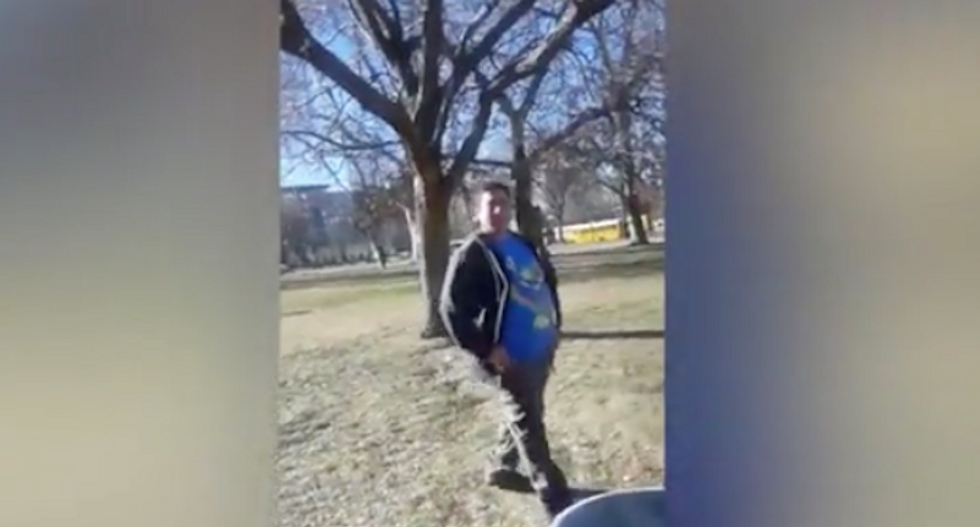 A Denver woman waiting for a bus was verbally harassed by a man screaming racist insults at her, reports Fox 31.

Mari, who relies on the bus to go to work, says a man came up to her and started yelling, "Why you talk Mexican (sic)? Why you talk (sic) Mexican Spanish? ...(I) ... no like Mexicans."

When she tried to explain that she was a Christian and didn't want any trouble, the man then started bashing her for her religion.

She said she was terrified. She called the police, who told her there wasn't much they could do.

"I was scared yesterday and I'm scared now," the young mother told Fox 31.

The incident was recorded and posted to social media.