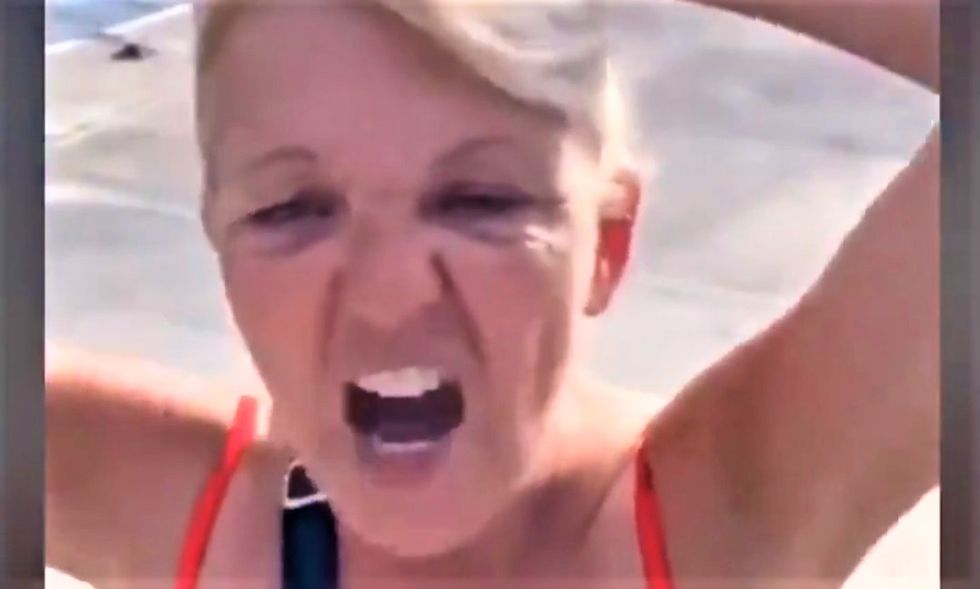 A Trump supporter yells the n-word into a camera (Screen cap).

A supporter of President Donald Trump was recently filmed in an unhinged rant about black people while she was on vacation.

The video, which was posted by anti-racism activist Tariq Nasheed, shows an apparently intoxicated woman vacationing in the Virgin Islands and yelling about how much she hates black people.

"Don't like n*ggers!" she shouts at the start of the video. "President Trump, woooo! Obama? F*ck you, motherf*cking n*gger!"

Later in the video, the Trump supporter yells at the person holding the camera for filming her -- and then continues on her racist tirade anyway.

At this point, a person near her tells her to be quiet -- and she says, "Sure."