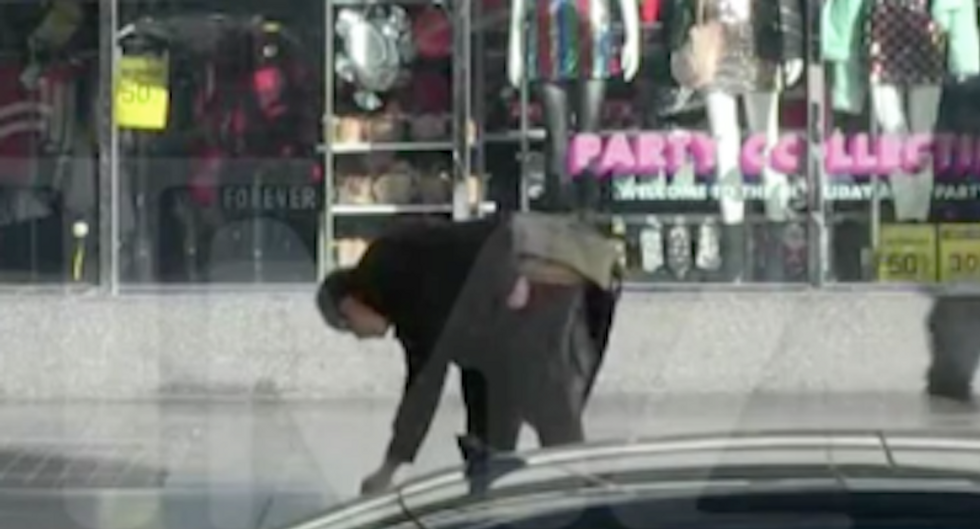 The man did it in broad daylight at 9am Thursday, in full view of passersby.

It looks like he also had a message for law enforcement, scrawling 'F*ck the PoPo" above Trump's name.

Since his ascendence to the Presidency, Trump's Hollywood star marker has not fared well. In July, a man smashed Trump's star with a pick-axe.

Even before the election, a man smashed Trump's star with a sledgehammer. The star has been spray painted with a swastika before, and comedian George Lopez peed on it over the summer, reports ABC.