WATCH: White ‘snowflake’ gets an epic scolding after throwing a shopping mall tantrum over ‘Arabs and Democrats’ 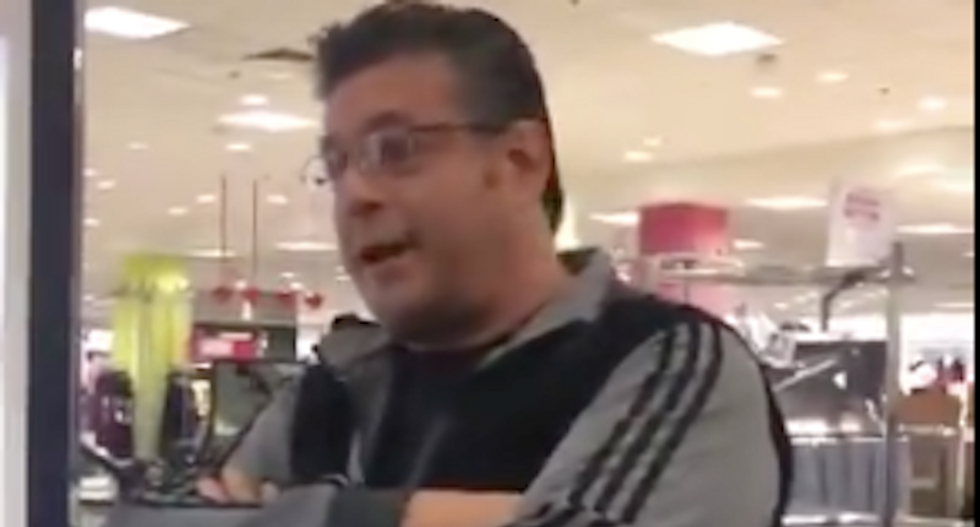 A Dallas man tried to buy a purse at a Macy's store in the mall over the holidays, but lost his temper when he heard the women at the counter speaking Arabic.

So he yelled at them and then lashed out at the other customers when they asked him to be respectful, reports the Heavy.

"You’re being mean to her,” a customer tells him.

"All you Arabs and Democrats, just go back where you came from," the man says after multiple customers ask him to leave the store.

"Well, she's making a big stand, why don't I?" the man asks as the fracas continues.

"I cannot see how so many Arabs came out of the woodwork," he adds, as the Macy's attendants try to accommodate his needs.

"Dude, you're the snowflake here," observes another customer.

To which the man retorts, "F*ck you. Put me on YouTube."

A video of the incident went viral.