Watergate's Carl Bernstein: The walls are closing in on 'self-convicting' Trump 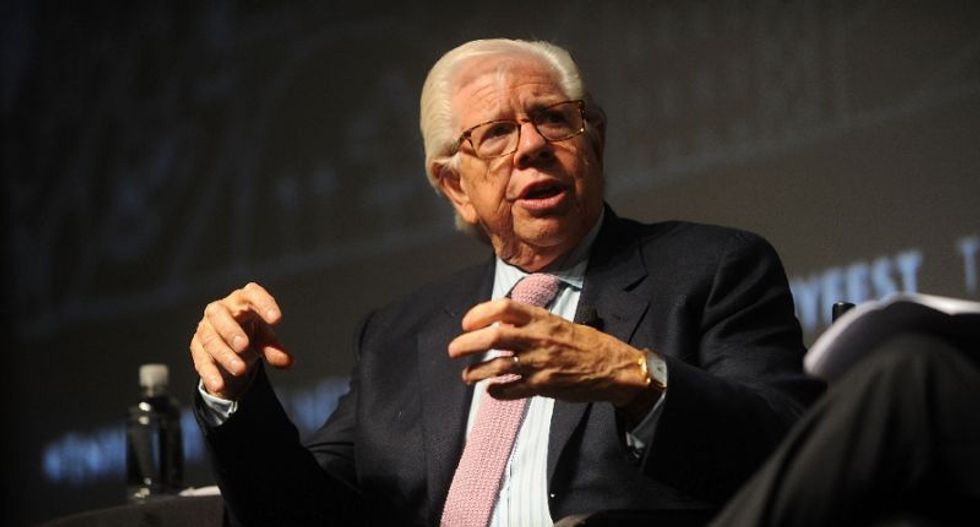 Carl Bernstein was one of the reporters on a CNN story that has since been called into question, drawing President Donald Trump's ire (AFP Photo/Brad Barket)

President Donald Trump's former national security advisor, Michael Flynn, is set to be sentenced Tuesday for lying to the FBI about his meeting with a Russian ambassador. Federal prosecutors recommended a light sentence due to Flynn having offered substantial help in their investigation.

Tuesday morning the president tweeted his support, while once again undercutting the Mueller probe. "Good luck today in court to General Michael Flynn," Trump tweeted. "Will be interesting to see what he has to say, despite tremendous pressure being put on him, about Russian Collusion in our great and, obviously, highly successful political campaign. There was no Collusion!"

Despite the president's perpetual campaign to undermine the Mueller investigation, more evidence points to wrongdoing by the president and his associates.

On CNN Tuesday, renowned investigative reporter Carl Bernstein explained the president's predicament, noting that the walls are closing in around him—and that he's not helping himself with self-incriminating behavior, like more lies.

"Let's begin with what you have said is a president that is increasingly boxed in by the special counsel. And I wonder, is that box smaller today?" CNN host Poppy Harlow asked Bernstein.

"It's increasingly smaller from the special counsel," Bernstein noted.