'The only way to do justice in this case': Watergate prosecutor explains why Congress must impeach Trump 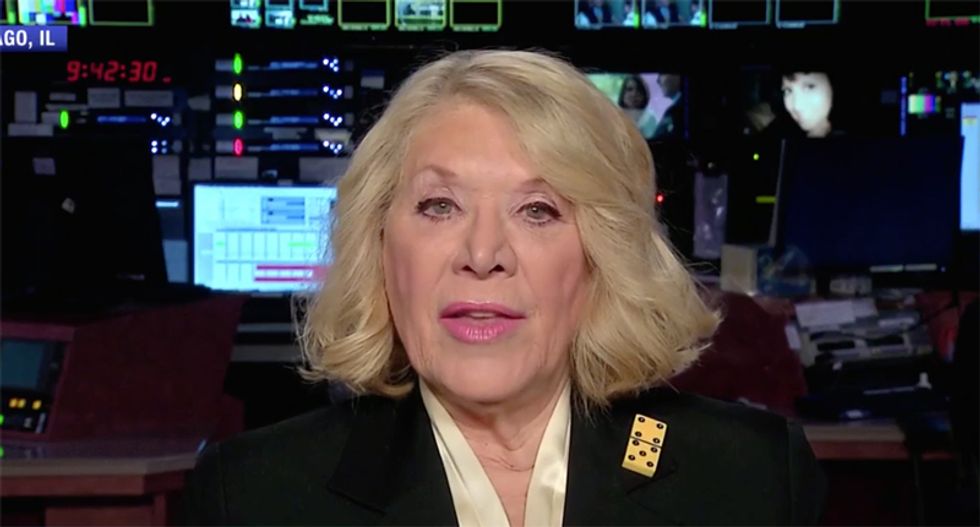 MSNBC analyst Jill Wine-Banks, wearing a dominos pin because "the dominoes are about to fall" on Trump

"What I'm hearing from Democrats, especially throughout the campaign season, where Nancy Pelosi issued an order that said don't any of you talk about impeachment, don't do it," O'Donnell noted.

"I understand the calculation there, I don't necessarily believe in it, but now we're crossing legal lines here and it seems the Democrats are running the risk of possibly allowing crimes like what the president has been accused of to stand because they consider it a political calculation, whether you go forward with an impeachment hearing," he continued.

"I think that there's a difference between the political judgment and calculation that you have to make as to whether you can succeed in impeachment and conviction, and with having a public hearing so that at least the people will know," Wine-Banks noted.

"And the evidence here is to me quite clear that crimes have been committed. So the only question is do you let him get away with it or do you try to do some justice either through the criminal system or through the political system, which would be impeachment," she continued.

"And I think we have to address that and take one of those actions, because otherwise someone is above the law and that is not democracy," she said. "So we should take action and I think that the crimes have been laid out quite clearly."

"And I think you made a very persuasive case of why even politically it's the right time to do something," Wine-Banks added.

"But at the end of the day, whether it winds up being good politics or bad politics, the Democrats have a constitutional duty to do their jobs as members of the House of Representatives and look at whatever evidence comes forward here, and if necessary go forward with impeachment," he argued.