'You'll get yours': GOP lawmaker threatens cop during 'extreme' DUI arrest in Arizona 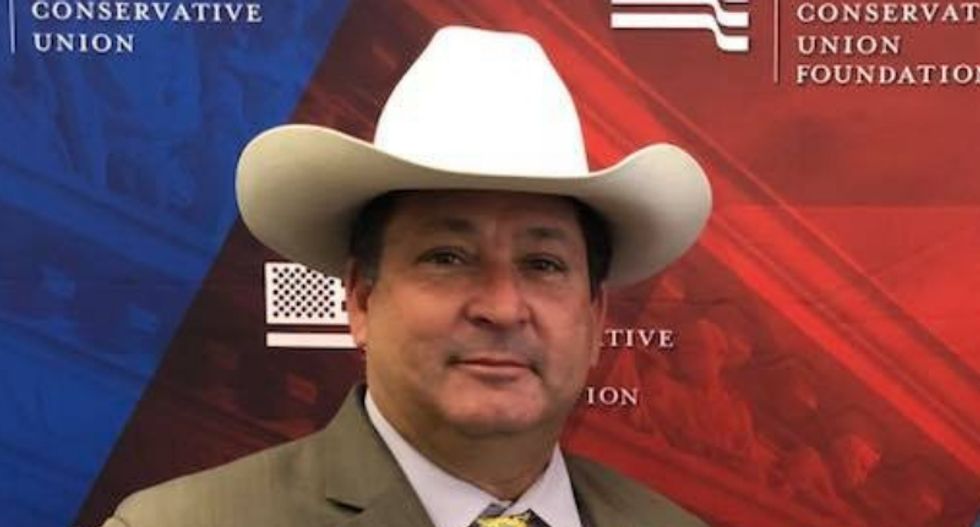 A Republican lawmaker in Arizona appeared to threaten a police officer who arrested him for driving while intoxicated earlier in the week.

The Phoenix New Times reported that Arizona state Rep. David Cook (R) tried to give his Arizona House of Representatives ID card instead of his license when he was pulled over Wednesday night.

Nevertheless, he insisted that the Arizona Department of Public Safety Trooper Christian Williams he was "making a mistake."

"You'll get yours," Cook told the trooper, according to a DPS report reviewed by the New Times.

Williams wrote that when he pulled the legislator over around 11:30 PM for driving erratically, he "immediately detected the strong odor of an alcoholic beverage."

After giving the trooper the wrong ID and being asked to present it a second time, Cook reportedly refused to exit the vehicle when Williams asked him to and insisted he was driving erratically because he'd dropped his phone.

"Cook ignored instructions during a horizontal gaze test," the report noted. "After the trooper moved on to a walk-and-turn test, Cook did not follow the instructions again, placing his left foot ahead of his right foot, the opposite of what the officer had told him."

When Williams tried to correct him, the legislator "became argumentative and began to raise his voice," the trooper said.

Another trooper arrived at the scene and was able to "calm" Cook and get him to perform the sobriety tests -- which he failed, and was subsequently arrested.

Two breathalyzer tests, taken a few minutes apart, showed the legislator's blood alcohol percent at 0.158 and 0.152 -- "nearly twice the legal limit." He was arrested for "extreme DUI" because he was over 0.15.

Cook apologized to his constituents on his Facebook and attributed his drunkenness to not eating enough earlier in the day.