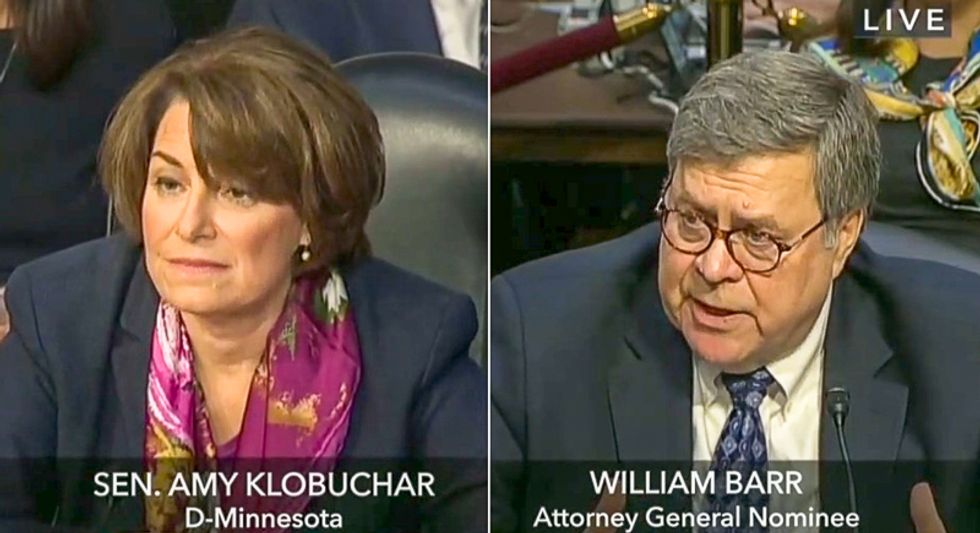 William Barr, President Donald Trump's nominee for attorney general, on Tuesday suggested that journalists could be put in jail if they "hurt the country" with their reporting.

At a Senate confirmation hearing, Sen. Amy Klobuchar (D-MN) asked for the nominee's view on protections for a free press.

"I want to ask you something that I asked Attorney General [Jeff Sessions]," Klobuchar said. "If you're confirmed, will the Justice Department jail reporters for doing their jobs?"

"I can conceive of situations where as a last resort and a news organization has run through a red flag or something like that, knows that they're putting out stuff that will hurt the country," Barr said, "there might be a situation where someone would be held in contempt."

Disturbing answer by Barr on jailing reporters. Says he can conceive of circumstances where "as a last resort" & wh… https://t.co/nNMOUuhuTm
— Spencer Ackerman (@Spencer Ackerman)1547574755.0