Alan Dershowitz: Anyone who compares Trump to Hitler is a Holocaust denier 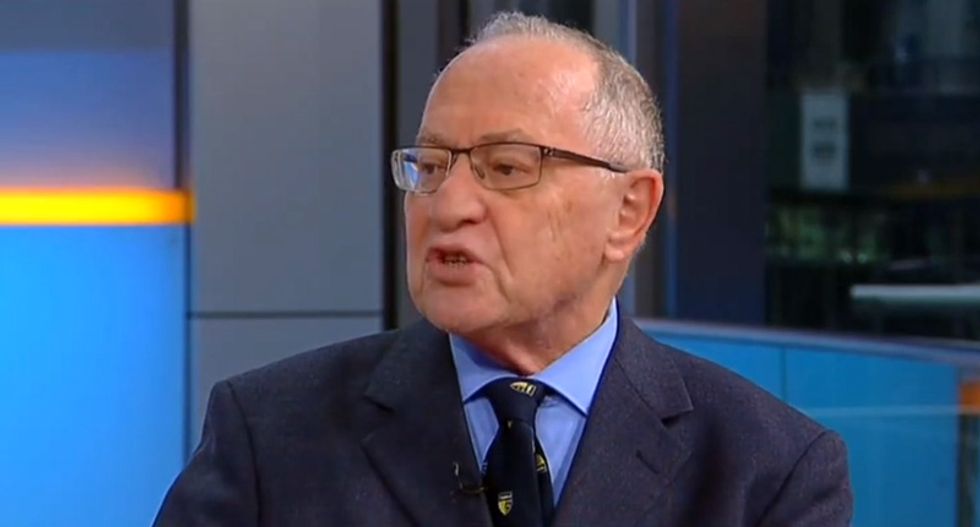 "Some in the media have made a daring and dark comparison, comparing President Trump to Hitler. He was even accused of following Hitler's playbook to divide the country," said Fox News co-host Rachel Campos-Duffy.

"This as a shocking new study finds that many Americans don't know basic facts about the Holocaust. In fact, 41% of Americans and 66% of millennials don't know what Auschwitz was," added Fox News co-host Dean Cain.

Dershowitz said that ignorance about history was leading to false analogies targeting Trump and others.

"Everybody is compared to Hitler. Everybody is compared to the Holocaust. Israel defending itself against Gaza rockets -- oh, they're Nazis. Anybody who compares Trump or anybody else to Hitler essentially is a Holocaust denier, because what they're saying [is] well, there were no gas chambers, there was no Auschwitz, there was no plan to kill six million Jews. They minimize it," he explained.