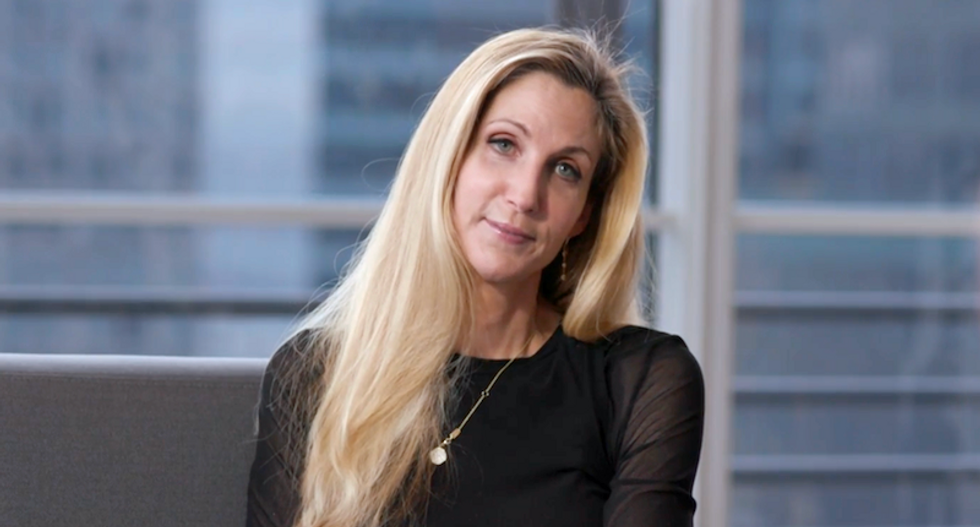 Far-right gadfly Ann Coulter complained about President Donald Trump unfollowing her on Twitter as she issued her latest demands in a long-winded rant posted on her website on Wednesday.

On December 19, Coulter posted a column slamming Trump as "gutless" for not having built his border wall. Trump unfollowed Coulter on Twitter, but essentially caved to her demands and pulled out of a deal to keep the government open.

"We are now past the midway point of Trump's first term, maybe his only term," she noted. "If Trump couldn't come up with a legislative fix when he controlled both houses of Congress, he's sure not going to now that he's lost the House. "

"We are headed for another failed Republican presidency," she predicted.

"By now, my erstwhile critics are getting the point. But I'm not sure the president is -- a few weeks ago, he unfollowed me on Twitter," Coulter wrote. "Trump seems to be mystified about what he needs to do to maintain the support of his most devoted backers."

Coulter went even further, saying Trump was already losing his base as his shutdown drags on with neither Mexico nor Congress funding a concrete fence or steel slat fence.

"Here's what you haven't done, Mr. President: You haven't broken ground. You want your supporters back? BREAK GROUND TODAY," she argued.

The column included the phrase "break ground today" -- in all caps -- a dozen times.

"What you need to do today -- not after the State of the Union address, not after the next GOP retreat, not after another meeting with the Democrats -- is to start rolling construction trucks to the southern border," Coulter ordered. "Emergency powers or no emergency powers, on tomorrow night's news we want to see helicopters circling the trucks headed to the border."