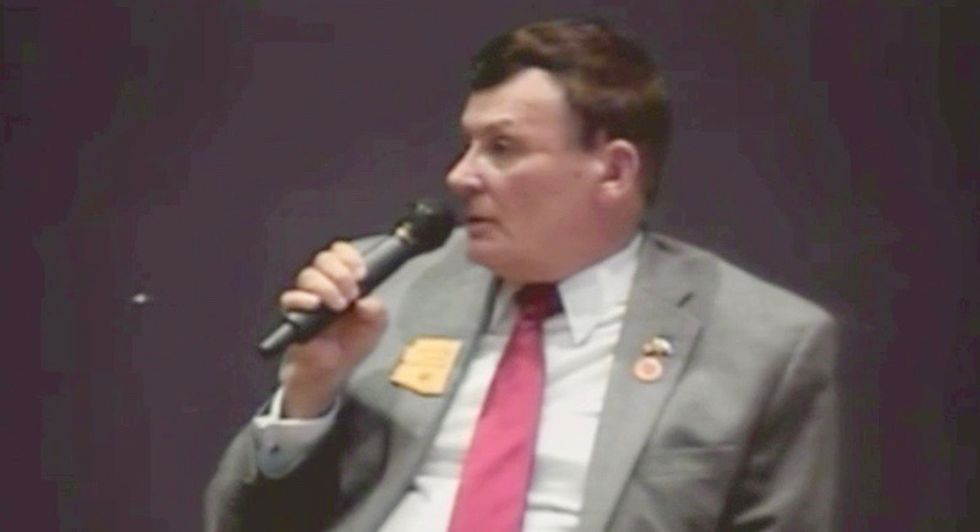 Arizona Republicans will not continue their push to oust a racist state representative busted on child pornography charges in the 1980s, reports the Arizona Daily Star.

Rep. David Stringer had been under fire but will now get "a chance to explain his 1980s arrest and comments about race and immigration to the House Ethics Committee."

Stringer had said black students "don’t blend in” and claimed integrated classes are a bad idea because there aren’t “enough white kids to go around." Many lawmakers and the city council in his hometown encouraged him to resign but he refused.

Phoenix New Times unearthed records showing that Stringer had been busted on several sex crimes in the 1980s while living in Maryland. The records show he plead guilty to three charges.

Stringer's record was expunged by Maryland courts, but a portion was sent to New Times. The court then ordered the paper to destroy the records, with Editor Stuart Warner refusing and saying it was his duty to publish them.

Stringer has refused to discuss the issue with several publications.

Democrats had sought to have a fast vote to throw Stringer out of the statehouse but Republicans thwarted it.

“We have a process, a process that I’m sure everybody in this room would like to be treated the same way with,” said House Majority Leader Warren Petersen, a Republican from the Phoenix suburb of Gilbert.

Arizona's Republican governor is among those calling for Stringer to resign.