BACKFIRE: Pelosi's popularity surges in polls and she now tops Trump for first time during his presidency 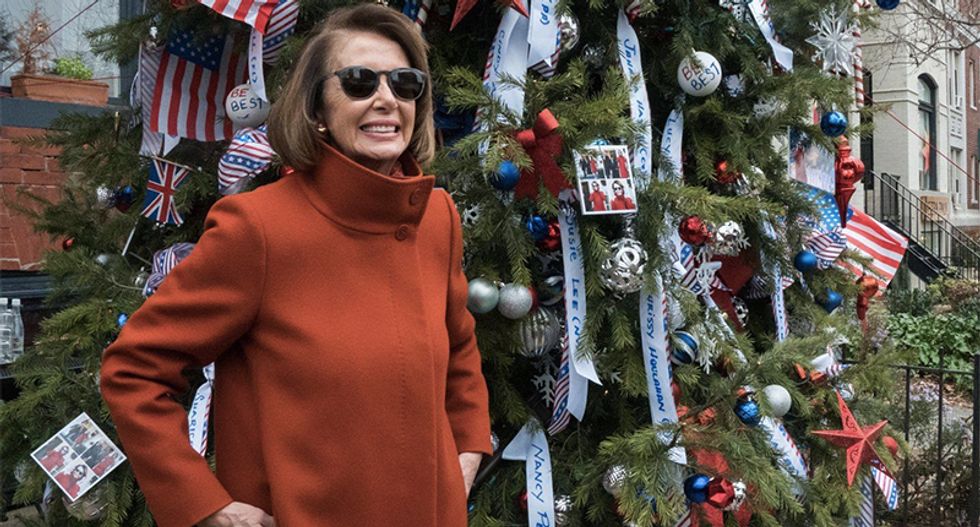 After two weeks of the federal government being shut down, President Donald Trump is now less popular than new Speaker of the House Nancy Pelosi (D-CA), a CNN pollster writes.

"For the first time during Trump's presidency, though, Trump is more disliked than Pelosi," writes CNN pollster Harry Enten.

Pelosi's popularity has surged since the November midterms and is now the highest it's been in a decade.

"Trump and his allies have tried to point the blame for the shutdown on Pelosi," writes Enten. "I'm quite skeptical that is going to work out well for the GOP. They tried to make the midterms a choice between Pelosi and Trump when Pelosi was less popular than Trump. That clearly didn't turn out well for the Republicans. It's much more likely to fail now given that Pelosi is actually more popular than Trump."