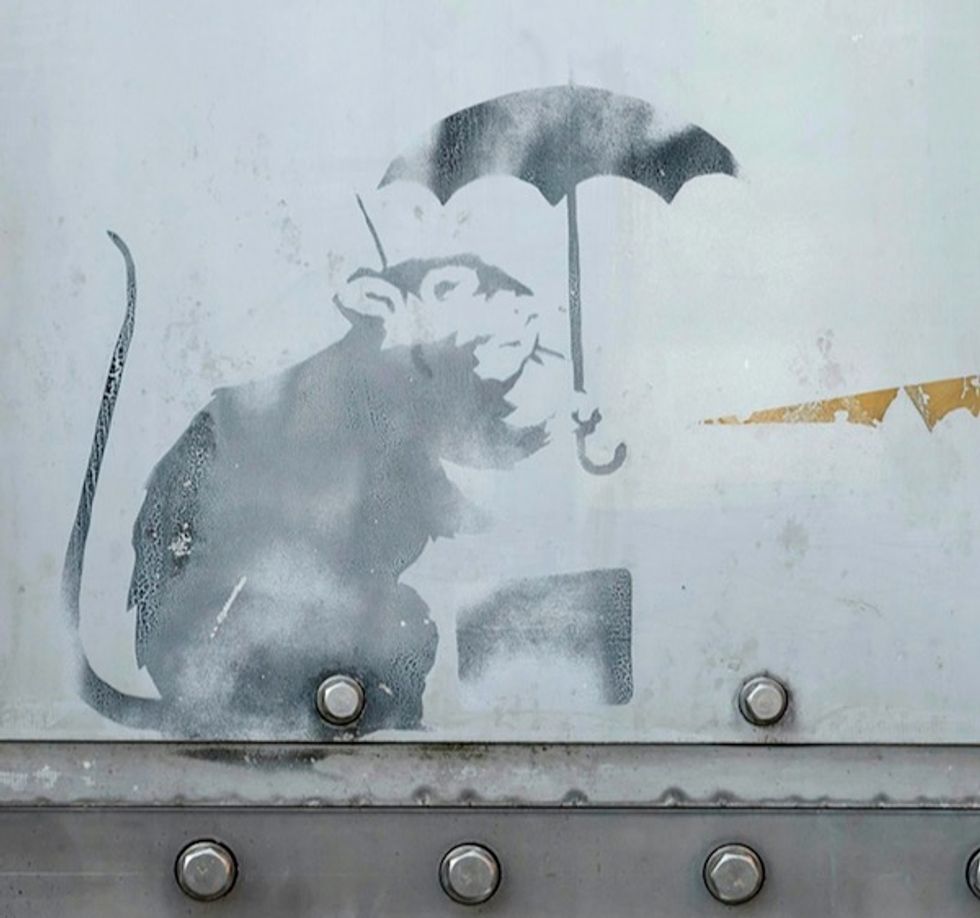 Tokyo is trying to verify if a drawing of a rat holding an umbrella that has been sprayed near a monorail station is the work of the famous and mysterious street artist Banksy.

"We noticed there is a drawing of a rat painted with spray" on the door near the Hinode station in central Tokyo, government official Koji Sugiyama told AFP.

"We think there's a possibility it has been done by Banksy."

A rat holding an umbrella is one of Banksy's most famous artworks.

Tokyo Governor Yuriko Koike posted photos of the painting on Twitter, saying, "There's a painting of cute rat in Tokyo which could be Banksy's work! A gift to Tokyo?"

The government removed the door, which is designed to prevent flooding during high tides, and placed it in storage Wednesday night to prevent any damage, Sugiyama said.

It is unclear exactly when it was painted but the public safety bureau has known about the graffiti for a long time, he added.

There are photos on social media that appear to show the same painting and date back several years.

But it was only in December that the government realised it might have been crafted by Banksy after local residents contacted them, the official said.

The government hopes to find out if it is truly a work by Banksy, but "we still don't know if there's an expert in Japan", Sugiyama admitted, adding that the government will discuss ways to verify the painting.

Banksy, a British street artist whose identity is known to only a handful of friends, caused a sensation in October when one of his paintings began shredding itself, just after selling for $1.4 million (1.2 million euros).

Experts say "Girl with Balloon", which is now called "Love is in the Bin", is probably worth even more because the stunt created such a massive media stir.