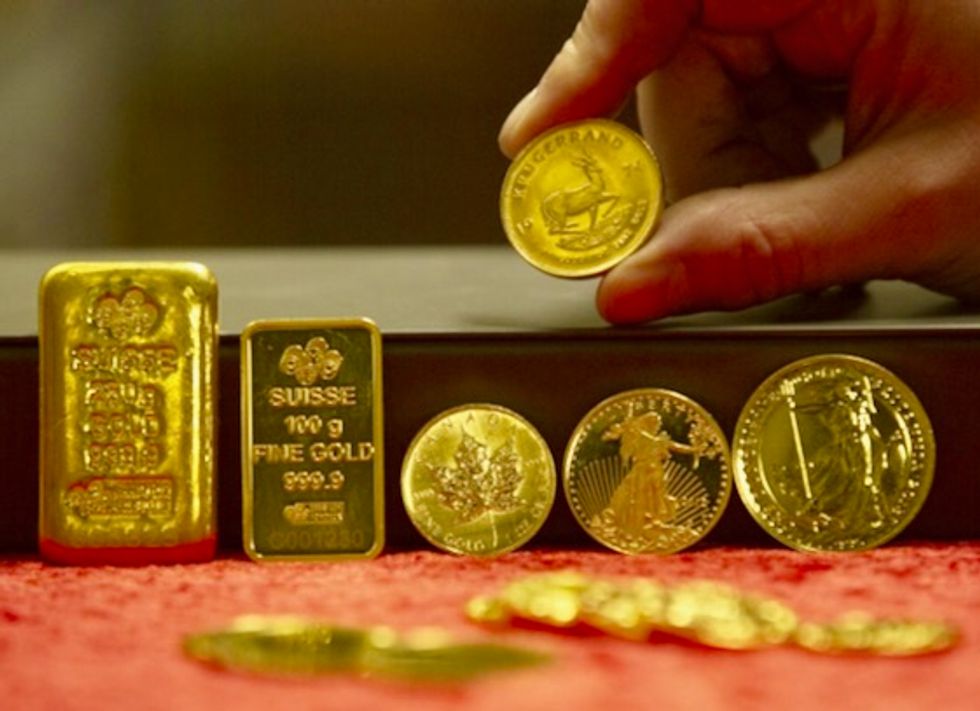 In a vault under the streets of Dublin a pot of gold owned by anxious investors is growing every day Britain edges closer to leaving the EU without a deal.

"They're worried about a significant devaluation in sterling if there's a hard Brexit," said Seamus Fahy.

Fahy is co-founder of Merrion Vaults, a gold brokerage and safe deposit facility in the centre of the Irish capital.

Over 2018 -- as the prospect of Britain crashing out of the EU turned from a scare story into a very real prospect -- he has seen a 70 percent rise in clients from the British province of Northern Ireland.

"Customers are taking money -- physical money -- out of the bank and they're buying gold bullion with us to store it, and it's a hedge," Fahy explained.

There is no equivalent facility in Northern Ireland.

With the border only an hour away it is no long trip to secure peace of mind as Britain risks a split with the EU critics are branding a "cliff-edge Brexit".

Set in the basement of an unassuming grey office block, Merrion Vaults does not advertise its presence to passersby, marked only with a coy plaque reading "Merrion Private".

Down an elevator, past a manned security booth and a fingerprint scanner -- as well as a hefty metal safe door -- is a caged vault, ranked with 3,000 double-locked deposit boxes.

Their full contents are known only to clients. But Fahy knows that inside many are glimmering stashes of gold.

The most popular items are one ounce (30 gram) gold bars and coins: handsomely polished South African Krugerrands, Canadian Maple Leafs and British Britannias worth in the region of £1,100 (1,200 euros) each.

AFP / PAUL FAITHGold has been a profitable hedge against sterling's losses

They have increased in value by around 10 per cent in the past six months, according to Fahy's ledger.

When news of the 2016 Brexit vote broke, gold surged as sterling plunged to levels not seen since 1985.

The result was an historic 22 per cent jump in gold valued in British currency terms.

In December, when British Prime Minister Theresa May pulled the parliamentary vote on her Brexit deal, Fahy also saw a "big uptick" in demand.

Pundits saw that as the most foreboding indication yet of a no-deal Brexit on March 29.

The prospect of the fallout sinking sterling seems to be making investors skittish.

The future status of Northern Ireland -- the so-called "Irish backstop" -- is at the crux of the Brexit conundrum and has added particular concerns on the island.

But Hewitt said that the Brexit gold rush may have already peaked in the rest of Britain, with "an upsurge of activity" around the vote itself.

"Over the course of the past two years that's probably petered out a little bit. I think lots of investors have probably suffered a bit of Brexit fatigue."