Britain's May faces defeat in parliament over Brexit plan 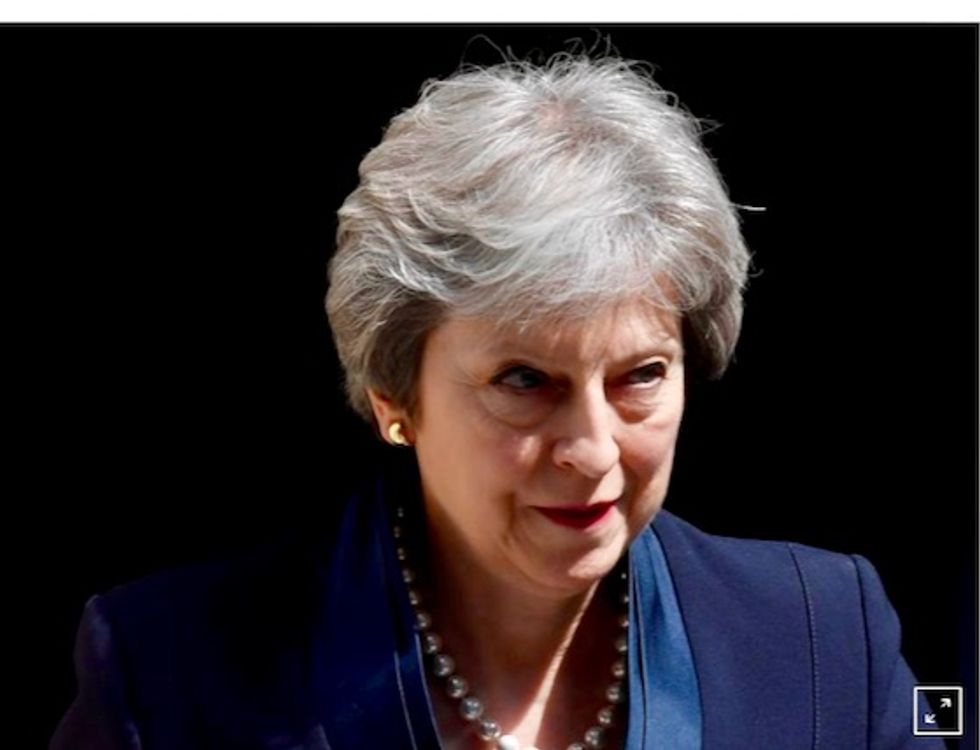 Prime Minister Theresa May faced the prospect of defeat in a historic vote on her Brexit deal in parliament on Tuesday, potentially leaving Britain in limbo about the biggest political and economic change for the country in decades.

A day after May urged lawmakers to take a second look at her plan, parliament looked set to reject it in a voting session due to start at 1900 GMT.

Two-and-a-half months before Britain is due to leave the EU, May’s hopes of keeping her plan alive will hinge on the scale of her expected loss.

Avoiding a heavy defeat could give her the chance to ask Brussels for more concessions before attempting to get the plan through parliament in another vote.

But a humiliating outcome could pressure her to delay Britain’s scheduled March 29 departure from the EU and potentially open up other options, ranging from a second referendum to leaving the EU with no deal.

One of May’s senior ministers, Environment Secretary Michael Gove, called on lawmakers to respect the outcome of the 2016 Brexit referendum decision, or risk undermining democracy.

But many Brexit-supporting lawmakers from May’s Conservative Party reject the deal’s “backstop” requirement that Northern Ireland stay closely aligned to EU rules to avoid the return of a hard border with EU member Ireland if a broader trade deal cannot be struck.

Dominic Raab, who resigned as May’s Brexit minister in November in protest at her plans, said the government should not lose its nerve over the possibility of a no-deal Brexit, something many employers fear would mean chaos for business.

“It’s time for us, through this vote, to make clear not just that the current terms are unacceptable, but that we are not just throwing our hands up in the air,” he said.

But investors sense the possibility of a no-deal Brexit is receding, given the concerns of many lawmakers about the upheaval it could bring. Sterling hit a two-month high against the U.S. dollar on Monday and held near that level on Tuesday.

In Britain’s deepest political crisis for at least half a century, May and EU leaders swapped assurances on the withdrawal deal on Monday, but there was little sign of a change of heart among rebel lawmakers.

The EU told May that it stood by commitments to find ways to avoid triggering the Irish “backstop”.

That failed to reassure the Northern Irish Democratic Unionist Party, which props up May’s minority government and said it will still not back the deal.

May has warned lawmakers that if her plan is rejected, no Brexit at all would be more likely than Britain leaving the EU without a deal, a result she called “catastrophic” for democracy after parliament promised to honour the 2016 vote to leave.

She has also said that a break-up of the United Kingdom could be the result of parliament voting against the agreement and warned her Conservative Party against allowing the left-wing opposition Labour Party to seize the initiative.

Labour is formally committed to Brexit but opposes May’s deal. Polls of party activists show that most of them want the party to back a new referendum, although it has not done so.

Labour leader Jeremy Corbyn, hoping to force a national election, is expected to call for a parliamentary vote of no confidence in May if she loses Tuesday’s vote.

May has refused to budge over her deal despite criticism from all quarters. The agreement, which envisages close economic ties with the EU, has united the opposing sides of the debate — pro-EU lawmakers who see it as the worst of all worlds and Brexit supporters who say it will make Britain a vassal state.

With a ‘no deal’ Brexit the default option if May’s deal is defeated, some lawmakers are planning to try to pull control of Brexit from the government.

But though May is weakened, the executive has significant powers, especially during times of crisis, so it has not been clear how parliament would be able to take control of Brexit.