BUSTED: Joe Lieberman lobbying for Chinese company he warned was ‘a real threat to our national security’ 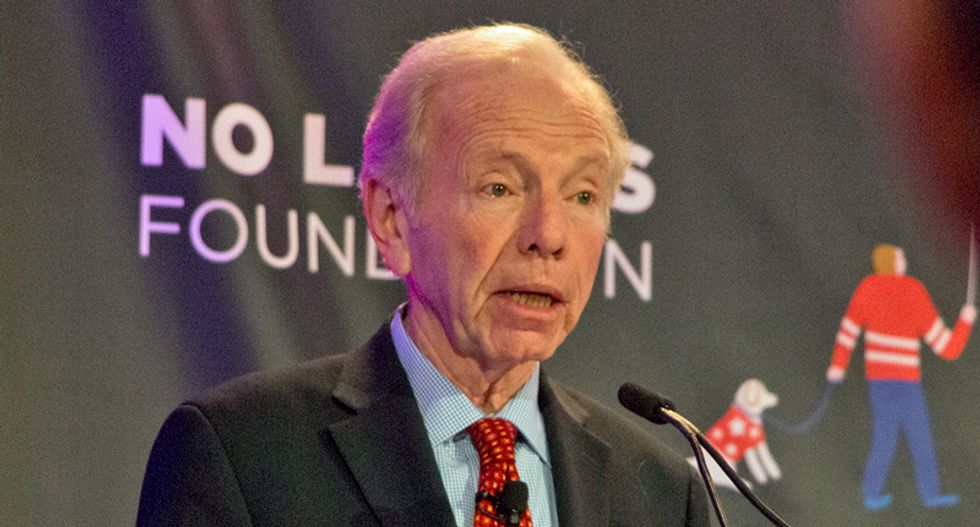 Photo by No Labels of former Sen. Joe Lieberman attending a 2018 campaign event.

Former Sen. Joe Lieberman (I-CT) once warned that Chinese telecom giant ZTE was a "real threat to national security" -- but is now lobbying for the company.

In November, Lieberman registered as a lobbyist for ZTE.

However, as The Daily Beast reported Monday, Lieberman had warned about the company when serving as a United States senator.

In 2010, Lieberman joined Sen. Jon Kyl (R-AZ) and Sen. Susan Collins (R-ME) in writing a letter to the chairman of the Federal Communications Commission about ZTE.

“As you are aware, two Chinese companies, Huawei Technologies Co., Ltd. and ZTE Corporation, are aggressively seeking to supply sensitive equipment for U.S. telecommunications infrastructure and/or serve as operator and administrator of U.S. networks, and increase their role in the U.S. telecommunications sector through acquisition and merger,” their letter wrote.

“Companies like ZTE and Huawei and some others want to dominate the next generation of 5G and mobile technology, and that poses a national security risk to the U.S. and our allies as well as a risk to the future of U.S. economic leadership,” said Dan Blumenthal, the director of Asian Studies at the American Enterprise Institute. "For all intents and purposes, they’re an organ of the Chinese Communist Party."

“It is unseemly, but not uncommon, for a senator who supported, say, the oil and gas industry to then lobby for that industry after leaving office,” he told The Beast. “But it is something else altogether when a former member takes one side of an issue while in office, and after leaving office pushes the opposite side of that issue in exchange for a check.”

“It is even worse that he recognized those concerns as a senator, and is working on ZTE’s behalf anyway," he added.