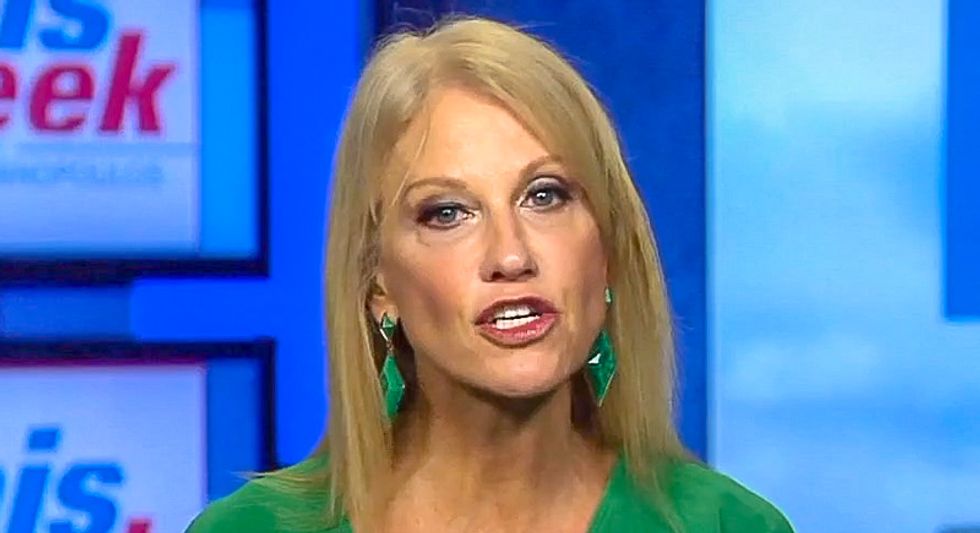 Vanity Fair published an excerpt from Sim's book that describes a situation where he saw Conway personally texting messages to reporters.

"At that point, personal phones had not yet been banned in the West Wing, so Kellyanne was sitting at her desk texting away. And since her iMes­sage account was tied to both her phone and her laptop, which she must not have even considered, I could inadvertently see every conversation she was having," Sim's said after explaining he was working on Conway's computer for work.

"Over the course of 20 minutes or so, she was having simultaneous conversations with no fewer than half­-dozen reporters, most of them from outlets the White House frequently trashed for publishing 'fake news,'" he wrote.

He added, "Jour­nalists from The New York Times, The Washington Post, CNN, Politico, and Bloomberg were all popping up on the screen. And these weren’t policy conversations or attempts to fend off attacks on the president. As I sat there trying to type, she bashed Jared Kushner, Reince Priebus, Steve Bannon, and Sean Spicer, all by name.

"The real leakers, past and present, get much more positive press than I do. While it’s rare, I prefer to knife people from the front, so they see it coming," Conway said in a statement shortly after publication.

"According to a source familiar with the situation, the statement was drafted in consultation with her husband, George Conway," he wrote.