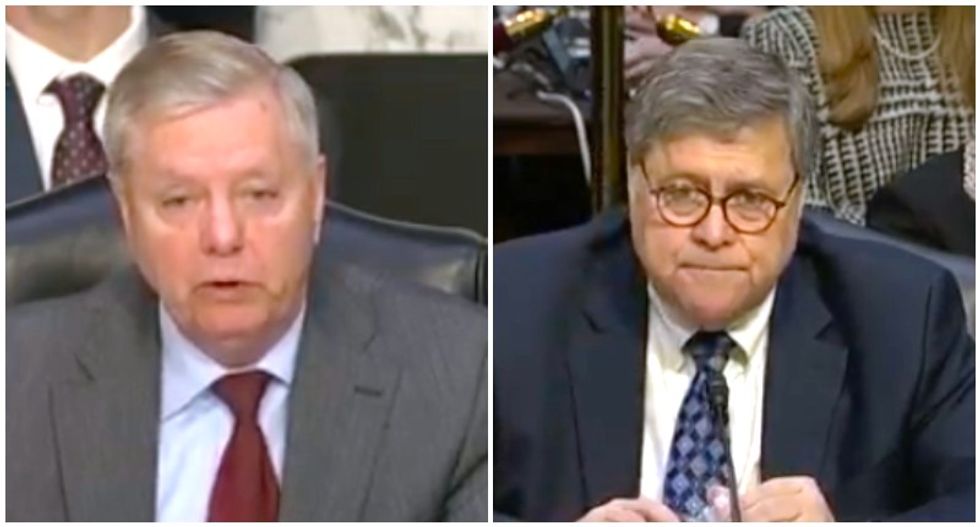 The Senate Judiciary Committee chairman asked the nominee to head the Justice Department whether he was familiar with text messages sent by former FBI agents Peter Strzok and Lisa Page that strongly criticized President Donald Trump during the 2016 campaign.

"I was shocked when I saw them," Barr said.

Trump has frequently used those messages to undercut the credibility of investigations into his activities, and Fox News host Gregg Jarrett has called on Barr to prosecute those agents and former FBI director James Comey.

"Please get to the bottom of it," Graham said. "I promise you we will protect the investigation, but we're relying upon you to clean this place up."