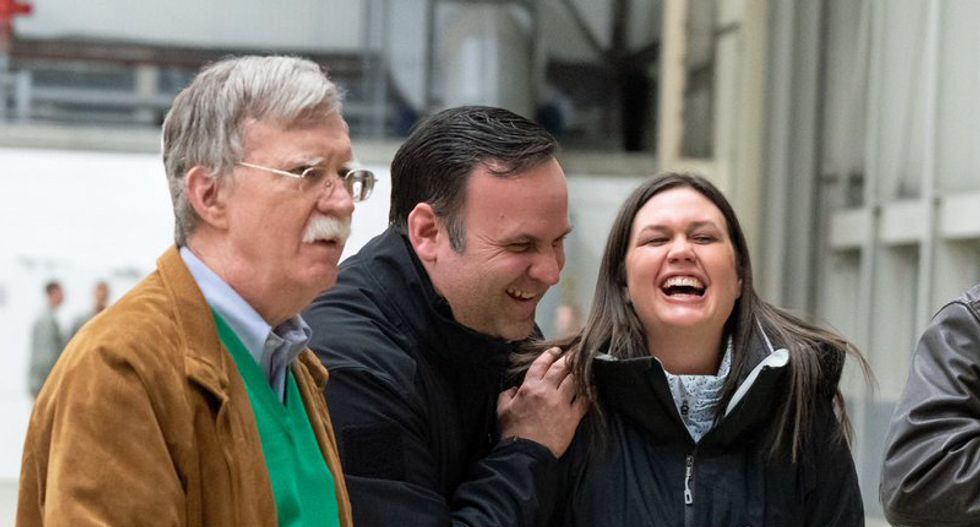 Acosta analysis came on the thirty-second day of Trump's shutdown.

Acosta posted an image of the empty lectern in the press briefing room to remind how long it has been since press secretary Sarah Huckabee Sanders has given a briefing.

"The last White House briefing was more than a month ago, before the shutdown began," Acosta continued. "Sanders has not taken one question from the podium about a shutdown that has impacted millions of Americans."

"We have to catch her in the driveway after her hits on Fox," he continued. "So the briefing room sits empty."

"Here is another way the White House hides from the public during the shutdown. As of tonight the Wednesday schedule shows all of Trump’s events are closed press," he noted, with a copy of the public schedule.

"That means no questions about the shutdown unless the White House opens up these meetings to reporters," he continued.

Acosta noted there were no open events on Tuesday.

Here is another way the WH hides from the public during the shutdown. As of tonight the Wednesday schedule shows al… https://t.co/XMOkR5n58J
— Jim Acosta (@Jim Acosta) 1548216122.0