CNN's Jim Acosta: One word will shape Trump's address to the nation 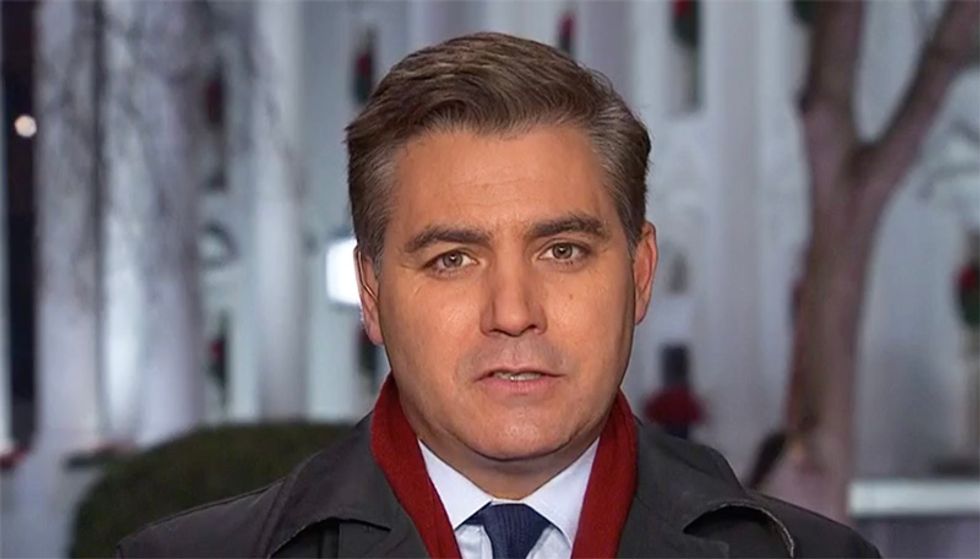 In response to negative bipartisan feedback about his fight for a border wall, President Donald Trump will give an address to the nation on Tuesday night.

On Monday, CNN's Jim's Acosta revealed that Trump would use his prime-time appearance to speak fear into the nation. During an interview with CNN host Anderson Cooper, Acosta said that the word "crisis" was used repeatedly in the White House to describe the border.

He then explained that Trump would use his speech to further the false narrative that there is a "crisis" at the border.

"I was in a briefing today, off camera with Mike Pence and the homeland security secretary and the word they used time and again was 'crisis,'" he said. "They're going try to make the case to the American people, that the country faces a crisis."

He added, "And it just begs the question if it's such a big crisis, why are their Republican lawmakers saying they're willing to open up the government without this wall funding and if it is a crisis, how can they build a wall quickly enough to meet that crisis?"